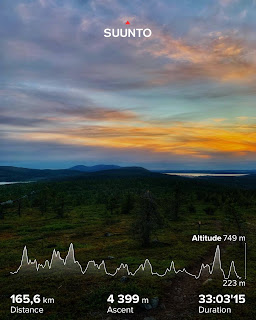 "We simply need to believe in the power that's within us, and use it. When we do that, and stop imitating others and competing against them, things begin to work for us."
-Benjamin Hoff: The Tao of Pooh 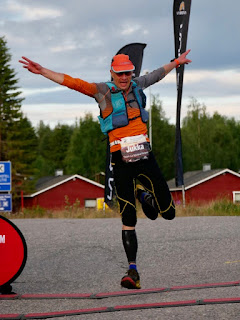 NUTS Ylläs Pallas 160km (actually it was 165K with 4,400m elevation gain) Special Edition was one of the very few ultra trail running races this year. It is the only point-to-point one-way 100-miler in Finland.
There has been many virtual races, but this one was the real thing. The whole event with 58K, 107K and 165 km (58+107) races was cancelled, but after the restrictions were eased in July, the organizers were able to put up a Special Edition, meaning re-designed transportations, race packet pickups, aid stations, and finish lines.
The course would be mostly unmarked and all competitors had to bring a GPS device and a phone with the GPX-file of the course. We were also required to carry a GPS transmitter for live following on the race website. 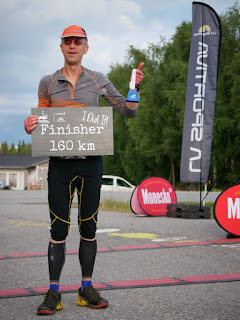 We took the race bus in the morning from Äkäslompolo finish to Hetta start with my son, who worked with the race media staff.
The heavy rain had fortunately stopped in the morning, only light drizzle and cold wind remained. The ground would be extremely wet during the race. Only 77 runners started at 12 noon on a wide asphalt road surface for the first 5km.
We followed a dirt road to the first aid station at 11km. My son arrived there with the race van just on time to cheer me up and take photos. We ran the next 20K on nice fell hiking trails to Hietajärvi Lake aid station at 32K. I had two 0.5L soft water bottles and an extra one with filter just in case I needed to drink from streams. The weather wasn't too warm, so I never needed to use the filter bottle.
I navigated the whole course with my trusty Suunto 9 Baro, and it worked pretty well. I didn't get lost even once, which was quite an achievement for me. I never needed to use my Topo maps iPhone app or the printed race course map. 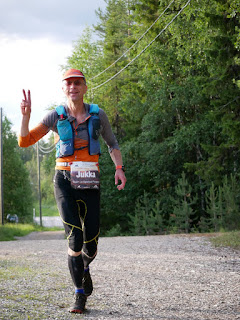 Then followed a more technical 23K trail to Pallas at 55K, where we got access to our drop bags and crews. My son was there crewing for me. We were allowed to sit inside our friend's warm crew RV, which was nice as all the aid stations were just tables outside.
The first part took me about 9 hours, so it was 9pm. In Northern Finland it never gets dark at all in summer, so headlights were unnecessary. 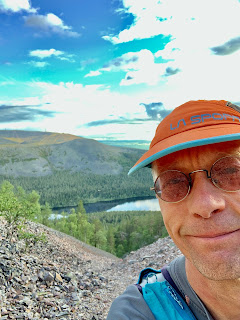 The next 21K to Rauhala would be beautiful but horribly wet and very tricky technical trail. The temperature dropped as the sky cleared, and my friend told it had been -2C. No wonder there was some slippery ice. This part took me a long time at night, but it was ok as I was well ahead of all the cut-off times.
In the morning it was sunny but still cool until Pahtavuoma 88K. Soon it got warmer as I ran across scenic Äkäskero fell to Peurakaltio 101K with another drop bag and pizza!
The last 50km over Kukas, Ylläs and Kesänki fells was my favorite part. The sun was shining, but it wasn't too hot. Mosquitos were buzzing around, but I enjoyed my run tremendously and felt really good. I passed several runners before finishing 44th in Äkäslompolo at half past 9pm. My time was 33h31min. There were 54 finishers and 23 DNFs. Tomi Mikkola won with 19h10min, which is super fast in these conditions. Piia Tikka won the women's race with 23h51min.
NUTS Ylläs Pallas Special Edition was a great success. Everyone raced happy and went home even happier. 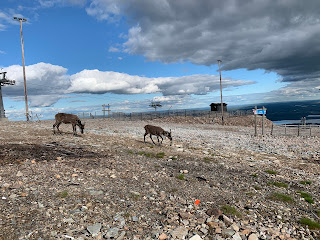 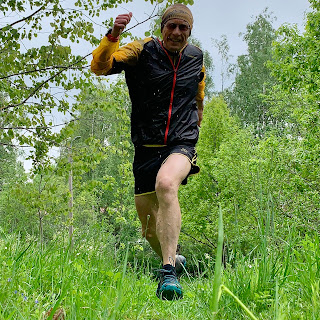 Today I crossed the finish line of The Great Virtual Race Across Tennessee 1000K. 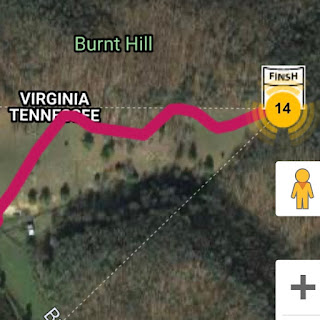 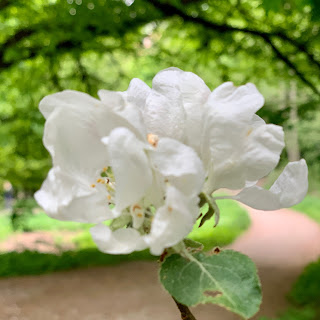 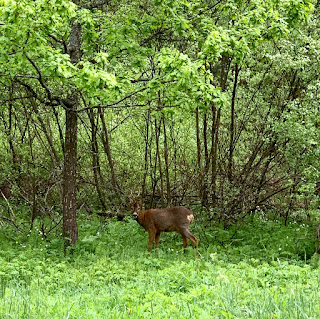 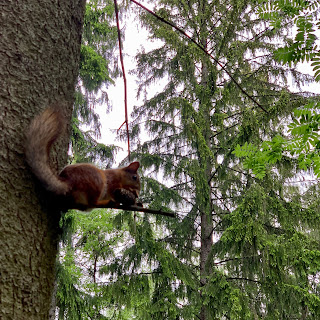 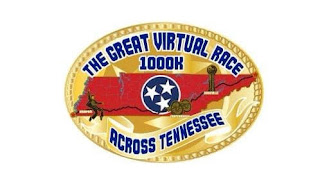 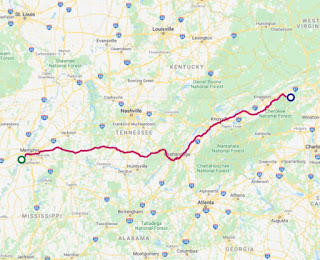 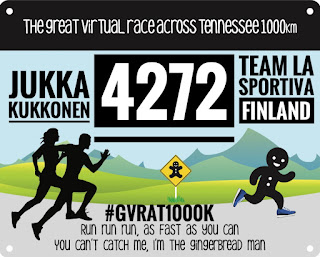 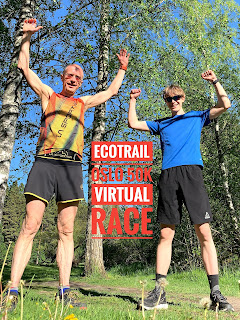 School’s out for summer!

For me, over 900km running in May already in the Great Virtual Race Across Tennessee 1000K. 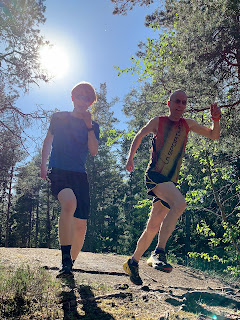 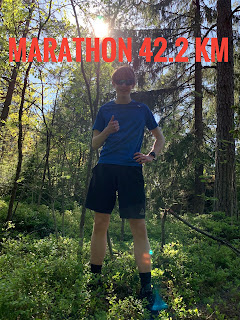