Not that this self-proclaimed 'existentialist in shorts' would ever think that winning is the most important thing in the world. Winning sure is cool, but running is mainly just a vehicle for self-discovery.

And the kid is only 38 years young. His ultrarunning career is far from finished.

Hope he will get back to UTMB some day, the only race that's repeatedly broken him. He did finish 19th in 2009, but he should be able to go faster than 26h. Jurek won Hardrock with a twisted ankle. I can't see why he couldn't successfully run around Mont Blanc. Maybe he will improve like a good wine as he gets older. After all, Marco Olmo was 57 when he won UTMB for the first time.

This is a good book for epic race stories. Or for his secret recipes, if you are interested in vegan cooking for athletic purposes. I like the zen-like writing style. Jurek is well-read, and it shows. Also Steve Friedman, the co-writer of this book, did a good job of editing. There were zillions of great insights that blew my mind. Read & enjoy!

5 comments:
Email ThisBlogThis!Share to TwitterShare to FacebookShare to Pinterest 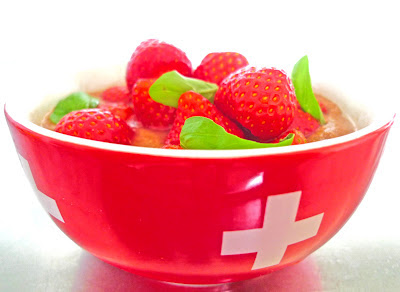 8 comments:
Email ThisBlogThis!Share to TwitterShare to FacebookShare to Pinterest 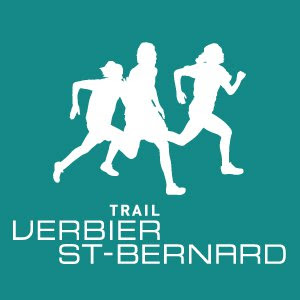 For three years I've been training hard like Rocky with my Eye of the Tiger focused on Trail Verbier St-Bernard. From day one my goal has been to finish the longest 110 km 'La Boucle' course of the event. In hindsight it might have been better to run the 61 km 'Traversee' first...


A thunderstorm at the highest point of the course brutally forced me to abandon my first attempt in 2010 in Bourg St. Pierre (76 km). I lasted only 15 hours before the steep mountains of Valais spitted me out. And this was supposed to be the sunniest part of Switzerland!

In 2011 I tried again. I realized there was no easy way out with this race. I trained even harder and got injured. I started the race anyway, but decided to call it a day at Cabane Mille alpine hut (89 km). The temperatures were lower than expected at night, and when the northern wind started blowing I was done. I lasted 22 hours before breaking like an ice cube in a blender.

At that point I almost gave up. It seemed like no matter how hard I trained, I was doomed to fail. Clearly something in my approach wasn't working. For this year I changed pretty much everything and decided to go for one more round.


IT AIN'T ABOUT HOW HARD YA HIT!


I studied Rocky further, trying to find the secret of success. This is what I found.


"Let me tell you something you already know. The world ain't all sunshine and rainbows. It's a very mean and nasty place and I don't care how tough you are it will beat you to your knees and keep you there permanently if you let it. Then the time come for you to be your own man and take on the world, and you did. But somewhere along the line, you changed. You stopped being you. You let people stick a finger in your face and tell you you're no good. And when things got hard, you started looking for something to blame, like a big shadow. You, me, or nobody is gonna hit as hard as life. But it ain't about how hard ya hit. It's about how hard you can get it and keep moving forward. How much you can take and keep moving forward. That's how winning is done! Now if you know what you're worth then go out and get what you're worth. But ya gotta be willing to take the hits, and not pointing fingers saying you ain't where you wanna be because of him, or her, or anybody! Cowards do that and that ain't you! You're better than that!"

The 110 race course loop is in reality about 113 km (70 miles) and accumulates 7K of climbing and 7K of descending.  There are 7 major peaks along the way - I call them affectionately the Seven Deadly Hills:


My first attempt was good enough to conquer 5 of these. The second time around I managed to do 6. And this time? Yes, I did all 7! Wow, I still can't believe it! It was amazing!

I was glad to notice that the famous Rob Apple (well famous for an ultrarunner anyway) was among us long course runners - and finishers. This crazy dude had finished TNF Lavaredo Ultra Trail (120 km) just a week before this race! And he is in the same age category as me. I wish I knew how he does it.


HIGHLIGHTS OF THE ADVENTURE

Instead of trying to write Born To Run 2, why don't you just let me simply list the highlights of this fabulous adventure:

This year has been incredibly successful for me. Measured with UTMB points, the 2010-11 earned me only 2 UTMB points altogether. In 2012, I have already collected 9 UTMB points from 3 races in just about 4 months.

As 2013 UTMB lottery will require 7 points, I already have more than enough qualification points.

I'll race CCC in August/September anyway, just for fun and to get familiar with Chamonix and the last 100 km of the UTMB course. See you there!

Due to my next race, I chose not to race or train this weekend. This doesn't happen very often.

Well I can't just rest, relax and do nothing, can I? So I had this huge problem of what to do.

After some thinking I decided to work as a volunteer in Triathlon Finnish Championships. I'd get to see some old friends, and work outdoors by a lake. 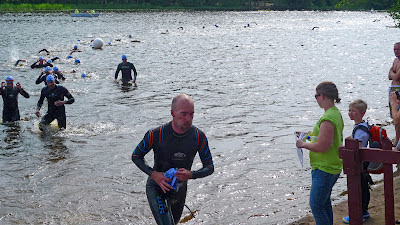 It was fab. The weather was sunny with ideal temps around 20C. Almost a thousand triathletes of all levels aged 10-75 got to enjoy a perfect summer race thanks to about a hundred volunteers. We got tons of positive feedback from the racers, like "this race was so well organized" or "I'll definitely be back next year".

This experience reminded me of a couple things:


See you at races!