Running with the Mind of Meditation book review

Running with the Mind of Meditation - Lessons for Training Body and Mind is a simple book presenting basic meditation instruction for runners. The author Sakyong Mipham Rinpoche - a Tibetan lama,  leader of Shambhala and runner - shows how anyone can easily learn to combine internal practice with physical movement. 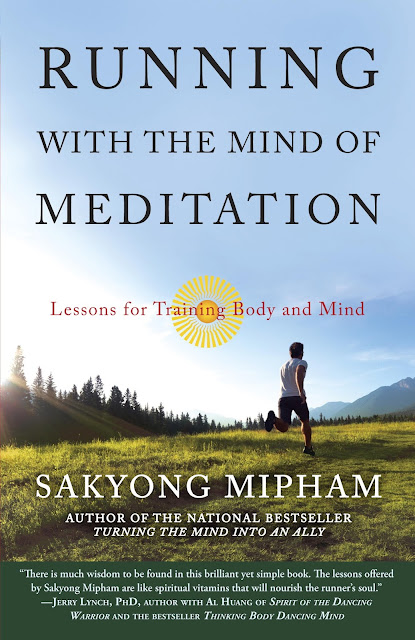 This book is not specifically about trail running, but there is a short chapter about trails, hills and weather:


"In order not to trip or fall, your attention must be focused and, at the same time, you have to remain relaxed. This is a great way of being present."

There is an interesting observation that with the fluidity and freedom of downhills, a runner may not feel self-consciousness.

Here's Sakyong's 5 Tips for Running with the Mind of Meditation, an article about this book.


The meditation taught in this book is simply the process of being mindful of your breathing, being aware that you are thinking, and returning your attention to the breath. When you achieve this, your ability to focus on any other object or endeavor will be strengthened.

There is much more to learn, of course. Sakyong breaks his training into four phases:
It may sound easy, but combining meditation and running can be a bit tricky in practice. With Running with the Mind of Meditation your chances of success will probably be far better. 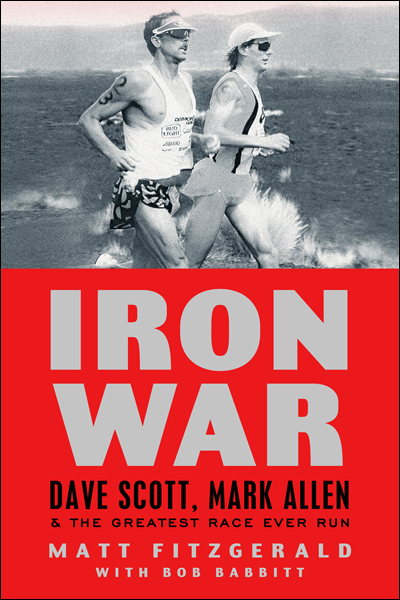 Iron War was published in 2011, but I just got the paperback. What's the hurry I though, this epic race was back in 1989. The title is so bold it's almost comical. After all triathlon was a much smaller sport then than now. This is a story about two talented but totally different endurance athletes running a 2:40-marathon together in scorching heat after a fast 3900m swim and 180km bike.

In those days Dave Scott was the Man. I studied his triathlon training book and video and tried to train like him. It was very tough. Everybody believed that nobody could beat the Man in Kona. Everyone except Mark Allen.

To be honest I didn't expect too much from this book. The author Matt Fitzgerald lacks a bit street cred, as he has never raced in Kona. He has finished another Ironman race, but not in under 10 hours. However he claims to be a huge Kona Ironman fan, having seen the event on TV!

Fortunately the book project was supervised by Bob Babbitt, a pioneer of the sport and 6-time Ironman Hawaii finisher. He was right there when Iron War happened. He has fought the mumuku winds on the lava fields of Kona coast. Actually he coined the phrase 'Iron War' in the first place.

There are tons of precious triathlon trivia I haven't read anywhere before. Maybe there is a reason for that, but I found it all very entertaining at the end of the day. This book certainly seems well researched - all the references are listed at the end.

The starring triathletes sued the publisher for defaming them. This is perhaps understandable considering how intimately personal the narrative gets. It's almost like an unauthorized biography of Dave Scott and Mark Allen. The facts may have been exaggerated slightly, but I don't think the book strays too far from the truth.

Iron War deserves to become a bestseller. It's Born To Run for triathletes. It can be recommended for everyone, not just hardcore ironman triathletes. I had a good time reading it and found it inspirational.