Eiger Ultra Trail 101km is one of the steepest mountain ultra trail races with 6700m ascent and 6700m descent. The highest point Faulhorn is 2680m. They have also 51km and 16km distances.

A quick lesson on Swiss German language. At breakfast you know what müesli is. Just be careful not to ask for müüsli, because that is a small mouse! Chuchichäschtli is kitchen cupboard, while chäschüechli means cheesecake! Walk is laufe and run is ränne. It sounds very funny.

After my Eiger Ultra Trail DNF in 2013, I had some unfinished business in Grindelwald. My goal was to finish the race well within the cut-offs, while fully enjoying the experience without rush. In a course as scenic and challenging as this, it would be madness to be über-speedy. I planned to take tons of photos. KEEP CALM AND RUN STEEP is my new mantra/motto.

When preparing for this race, the trouble was the ankle I sprained in the beginning of Lavaredo Ultra Trail.  One more reason to be careful out there. There's nothing easier than re-rolling an ankle.

I've been a Hoka fan for a couple of years, but now none of the current Hoka models seem suitable for me.

Rapa Nui is a good shoe, but I wouldn't recommend it for distances above 50 miles. Stinson was my favorite shoe, but the new 2014 model seems to be an ankle-roller. It looks pretty much the same as before, but apparently they have made some small changes that makes it more unstable.

Unfortunately both Bondis and Mafates have not fit my feet so well in the past. So I haven't even tried the latest models of them.

My solution was to run in my trusty old 2013 Stinson Evo's. With them I have never experienced any ankle issues. Wish I had bought many pairs of them while they were available. As durable as Hokas are, I have now used this pair over 1000 miles. Surely they will take 100km more!


When I arrived in Grindelwald on Thursday, the weather was hot and sunny. I was happy about this, as I usually do well in a tropical climate. The race briefing on Friday evening confirmed the good news: the sunny weather would continue during the race. It would be hot with temps in the 30-35°C range, so we were advised to drink a lot. That wouldn't be a problem, because the Alps provide natural crystal-clear ice-cold drinking water and the Sponser-sponsored aid stations would be well-stocked.

Even the notoriously thunderous Männlichen mountain would be likely to remain thunder-free, according to the Alpine weather experts. I was relieved to hear this, as my DNF 2013 was caused by a thunder on my way up Männlichen. I had gotten hypothermic. Now I carried new better rain gear, tested already in Lavaredo.

The gear check was quick and painless. A dude asked me if I have everything on the gear list. I said yes. He said ok, next! The organizers have obviously learned a lot from last year's first edition.


The first marathon went smoothly. I kept on repeating in my mind constantly: "Let's roll, but please not the ankle!"

Schynige Platte is the hottest part of the course and there are few mountain streams for refreshment. I didn't feel like eating too much for a while, which caused me to bonk. In a steep downhill there were some tourists coming up. They didn't give way or offer encouragement (like most people did), so I took a steep shortcut. My feet slipped and while regaining balance by wildly swinging my arms and poles, I twisted my lower back! Fortunately I was able to continue, albeit rather slowly.

The downhill to the halfway point Burglauenen has some seriously technical trail. This is the aid station with our drop bags and also the lowest point of the course (905m). I really wanted to get down there as fast as possible, but I'll be damned if this isn't the most horrendous obstacle course I've survived - including London Heathrow Airport!

The +1800m trail from Burglauenen to Männlichen via Wengen seems crazy hard. Or so I thought until I made the mistake of mentioning this to a waitress at my hotel. She laughed, "Pfff, that's nothing really, I've easily done it many many times by myself!" Me and my big mouth.

In the race when I reached about the halfway point of the 'Vertical K' from Wengen to Männlichen, I felt already really tired. I was moving up extremely slowly, step by step. There were a couple of guys sitting on a bench, just in case someone needed help. I said hello to them, thinking soon I've conquered this mountain. Surely I won't be getting in trouble this time. After everyone had said it would be very unlikely to rain today.

Just then I heard a thunder and it started to rain. I put on my rain gear and sprinted up the slope before things would get nasty like last year. I thought this can't be happening to me again. A replay of my 2013 DNF started to play tricks in my mind. Luckily after ten minutes the thunder died down. It didn't have enough power for a full lightning show this time. The weather cleared up again and I was saved. I reached Männlichen Berghaus 7:21pm in good spirits. I was well under the 11:00pm cut-off. I had been racing 14 hours 51 minutes since the 4:30am start. I felt certain that I could finish within the 28-hour overall limit. I just knew it.


I was able to climb up to the famous ski-mountain Lauberhorn and then descent the snowless slopes to Kleine Scheidegg before sunset. From there on to the finish I'd use my headlamp.

The ridge up to Eigergletscher (Eiger Glacier) felt spooky in the dark. It was crazy steep and the föhn wind was strong. Wikipedia states, "Föhn winds are notorious among mountaineers in the Alps, especially those climbing the Eiger, for whom the winds add further difficulty in ascending an already difficult peak." I experienced this for the first time. It was weird how warm it was. I ran the 6km Eiger Trail feeling unusually warm for a night run above 2000 meters. It felt like the Space Mountain ride in Magic Kingdom.

I reached Alpiglen around midnight. From there it was a simple road down almost to Grindelwald, but taking a right turn to Marmorbruch and climbing the final steep mountain Pfingstegg. From there it was just a few km mostly easy downhill road to the finish. I crossed the finish line in Grindelwald a little after 3am. My total time was 22:41. I felt really good and felt no major physical issues. Just tired and happy.

Merci Eiger Ultra Trail, Grindelwald, volunteers and supporters! What a great race, which I recommend for mountain ultra trail runners. Local star Urs Jenzer from nearby Frutigen won with 11:56:42. The Italian superlady Francesca Canepa was the fastest woman again with 13:33:20 - she failed to show up at the Awards Ceremony the next morning though.

After Lavaredo and Eiger under my belt, I feel ready for UTMB at the end of August. But let's quote footballer-philosopher Paul Gascoigne: "I never predict anything - and I never will!" 😀

Below a few pics from my iPhone, to prove I took plenty of breaks to enjoy the scenery.
Like the local hit song S' Vogellisi says, the Bernese Oberland is beautiful indeed. I hope to return there someday. 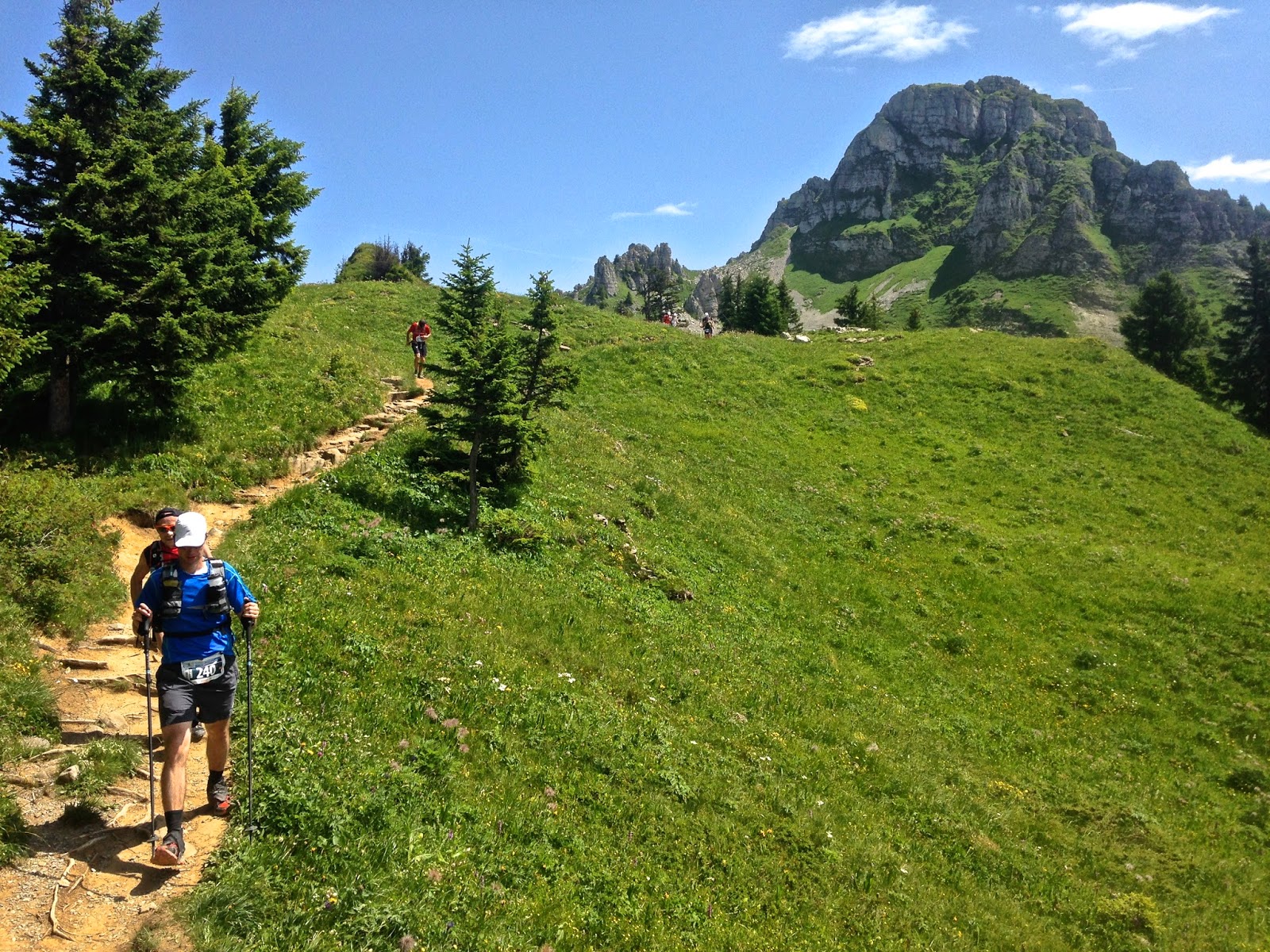 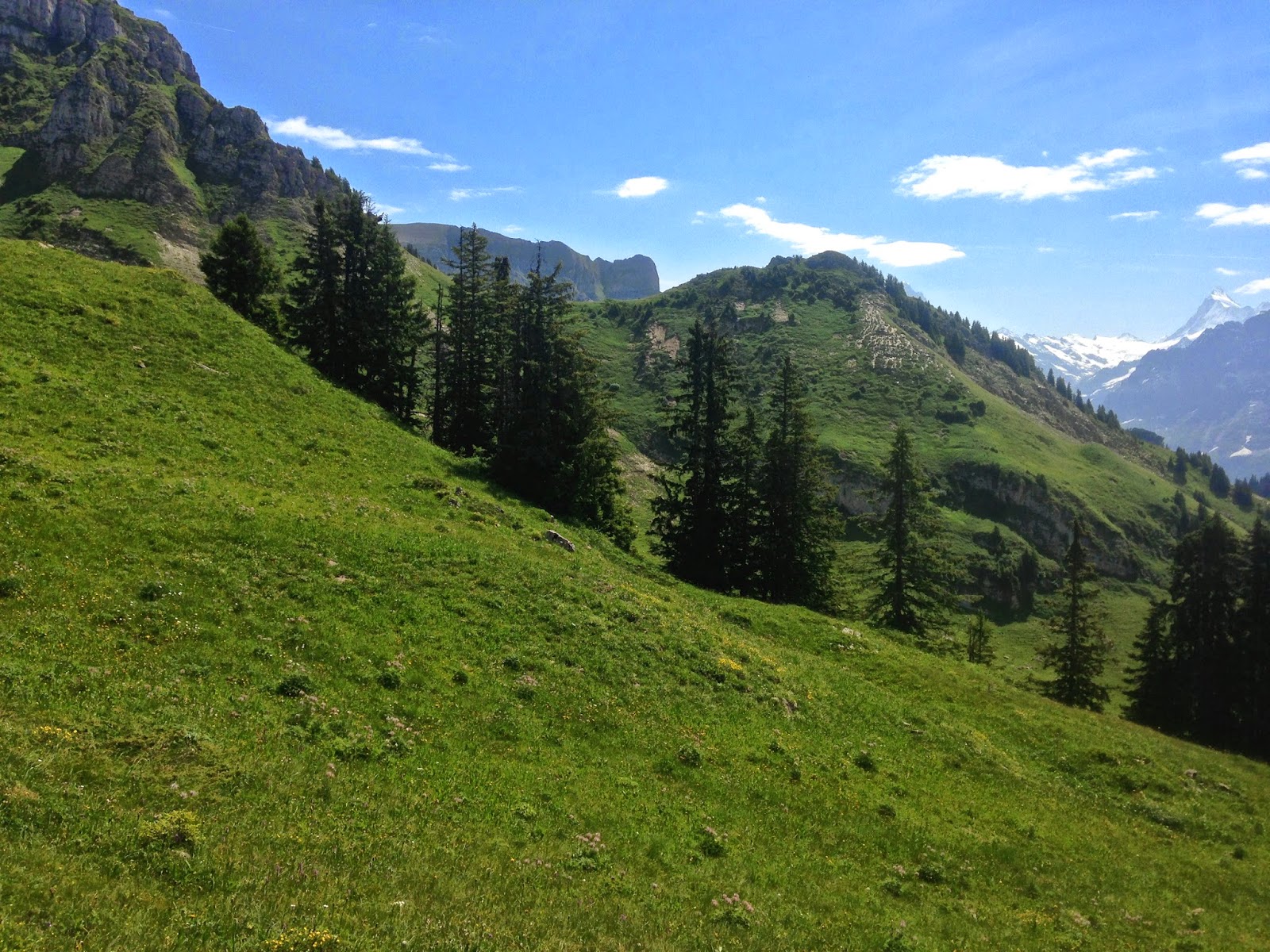 Well done! I also quite enjoyed the race, have a couple of problems along the way though

Well done you too Mamad!

Last summer I took part on the Ultra Lavaredo and the next year I'd like run Eiger Ultra Trail.

How is Eiger Ultra Trail? Is it more technique? I'm not very good going down.

In your report, the landscapes are stunning.