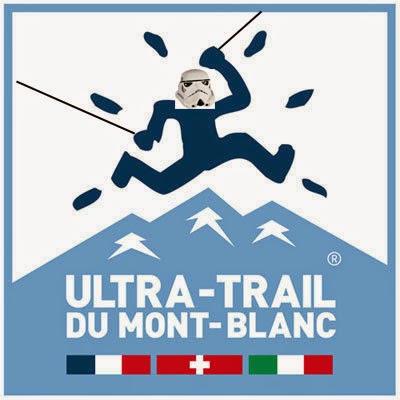 Ultra-Trail du Mont-Blanc is the super-über-bomb in the exploding world of mountain ultra trail running. This year's course around the highest peak in the Alps was 168.7km (105 miles) with +9,796m (32,139ft) of elevation gain.

It's midnight at busy La Balme aid station. 38 km of UTMB done, 130 to go. I'm wet and muddy all over. The rain that poured since 17:30 start in Chamonix has finally stopped. I had a great start just behind the elites with some advice from French superman Jacky Deconihout, who regularly wins M60-category of any ultra-trail race he cares to enter.

In Les Contamines (31K) I saw my friend Micke and tried to tell him a bad joke about all this mud. The noise was so loud that we could hardly hear each other. I didn't see the other four members of our Finnish Team UTMB at all during the race: Noora, Pekka, Tomi and Tommi.

Now I'm standing all alone by the fire outside dumbfounded. Staring at the flames, I still can't believe it. Taking inventory, I noticed that my cap is not under the elastic strings of my backpack anymore. But now there's a much more serious issue. My poles have been taken. This was not a joke anymore.

Six weeks ago in Eiger Ultra Trail I had twisted my lower back. The trail had been blocked by some tourists oblivious to the race. I was going full speed downhill and to avoid collision took a sidetrack. My Hokas slipped and in a comical series of uncontrolled movements I somehow regained my balance without falling. Since then my back has troubled me a bit.

My poles were the key gear to keep on climbing. I had written my name on them vertically in big golden letters. When nature called, I hid them in the aid station tent. When I came back, they were gone. I investigated this mystery like Columbo, but no clue. The cut-off time closed on me. I had no choice but to continue into the starry night without sticks.

I remember reading about this crazy run around Mont Blanc about a decade ago. I laughed it off as an ridiculous idea. I'd never participate for sure! But then Marco Olmo changed everything by winning in 2006-7. If this 60-year-old Italian grandpa could kick everyone's ass, certainly I should at least try finishing it.
I decided to go for UTMB. Unfortunately, so did everyone else. The popularity of ultra trail running skyrocketed overnight. A number of points from previous races were required to participate in UTMB lottery. In 2012 I finally got in CCC and finished the shortened course in challenging weather. In 2013 I lost in UTMB lottery, and decided not to take the offer for TDS. This year I got lucky with two names in the hat. Finally I'm in UTMB. Now all I have to do is actually run around Mont Blanc.

I kept plodding on slowly through the night: up Croix du Bonhomme, down to Les Chapieux (thank you Petzl for headlamp batteries), and up Col de la Seigne. Voila, dawn and Italy! Magnificent mountains.

What a beautiful Saturday it was at Lac Combal, sunny with a few clouds. I chatted about getting new poles with anyone who would listen. It seemed my best bet would be trying to get them in Courmayeur. It was just one more easy climb away, Mont Favre ridge, and then the endless downhill.

I arrived at Courmayeur Sports Centre at 10:39am, after over 17 hours and 77km of racing. I picked up my yellow Drop Bag, applied anti-blister creme to my feet, and changed into new clothes and another pair of Hoka Stinsons.

As I headed upstairs to grab lunch, there was a lady volunteer standing at the stairway. She gave me a used pair of poles, not the exact ones I lost, but the same model and size. Life was smiling at me again. I felt very grateful for the organisers. I guess anything is possible if you keep going and don't give up. Chamonix, here we come!

The sunny and hot journey to Champex was on a familiar trail, as it was on the same is CCC 2012. Refuges Bertoni and Bonatti, Arnuva (94K) and then Grand Col Ferret - the highest point of the course at 99km point. My favorite way to travel from Italy to Switzerland!

In La Fouly (108K) I met again Liliane Keller, who has seen me run through many an aid station in various races in this area. Her husband Matti was not there at this time, but I sent him my best wishes. I appreciate so much all the valuable work these volunteers do for the us. I spent about half an hour at the tent, chatting with her while trying to eat a little bit of everything on offer. The problem with these mountain races is getting enough calories in, although you never feel really hungry.

By the time I reached Champex (122K) it was almost midnight again. I was extremely tired and tried to sleep in the dormitory tent. It was way too noisy and I just rested on my back, without any actual sleep at all. After a while I got frustrated and got up, drank some more coffee and forced myself out. It was Sunday, and I was determined to arrive in Chamonix by 15:30.

The new La Giète trail to Trient seemed quite different from the Bovine I knew from CCC. It felt steeper, longer and more technical, but I guess they always do when you are exhausted.  And boy, was I exhausted. There was a mountain house up there with bright lights, loud music and a smoky fire outside, but I didn't feel like partying or dancing. It took me about five hours to reach Trient (139K).

I remembered the uphill to Catogne very well from CCC. I generally love steep uphills, but this one provided some special entertainment. Over 35 hours of racing without sleep started to play tricks on my poor mind. When it began I didn't realize initially what was going on, and I was pretty annoyed for them to have installed all these new neon ads on Catogne. For crying out loud, this place looked flashier than Times Square and Piccadilly Circus combined! Every imaginable product was advertised right here in the middle of a great natural reserve. Outrageous!

The funniest hallucinations happened when I mistook a fellow competitor for a Stormtrooper from Star Wars. I was impressed how long the illusion lasted and and how real it appeared to be. Even when I laughed out loud and told myself that it wasn't real, I still saw it. I tried to look away, but whenever I glanced in that direction, it was still there. Eventually the sunrise dissolved these amazing images created by my brain. I have never experienced anything like this before - thanks for the free show UTMB :)

Soon I was having my Sunday breakfast in Vallorcine (149K), a town runners like me have visited countless times. Chamonix was now only 19km away. I felt really good and full of energy. I talked to almost everyone I met and was very happy. I think all the aid stations were great, but somehow the atmosphere in Vallorcine is always uplifting.

I really enjoyed the last climb to Col des Montets (153K) and La Tête aux Vents (157K). Although only 2127m, it provided an opportunity for some nice scrambling. I know we are supposed to stay on the trail, but there were so many slower competitors to be passed that I had to climb around them. No more Mr. Patience (if I ever was :)!

I took the technical part of the last downhill from La Flégère (160K) really easy. I chatted with Tony Williams from Australia, who had damaged his knee the day before. He seemed to be able to finish by himself, so I flew down to Chamonix as fast as I could. I shouted like a madman to allow hikers enough time to get out of my way. Running through the streams cleaned my shoes and socks nicely for Chamonix.

The last km in Chamonix was my dream come true. Everyone cheered and celebrated with me. Some even ran with me for a while. I high-fived spectators left and right before sprinting to the finish line. I had been looking forward to this moment for so many years. UTMB Finisher! Merja from our Finnish Team was kindly there to welcome and take care of my mortal remains. Thank you Merja!

Now I understand what T.S. Eliot meant when he wrote: "We shall not cease from exploration, and the end of all our exploring will be to arrive where we started and know the place for the first time." Chamonix was still the same old town, but I was a new man. 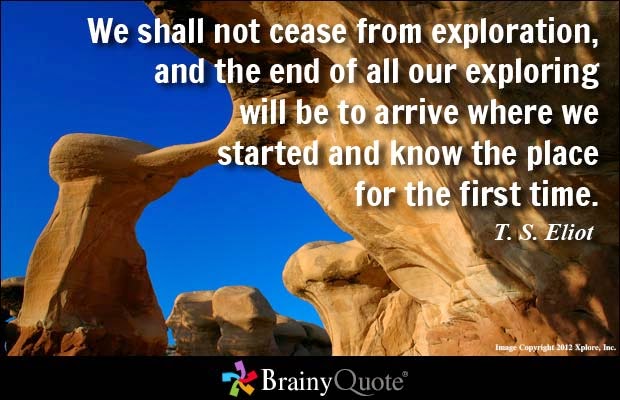 In hindsight, UTMB is actually a tour of five countries: