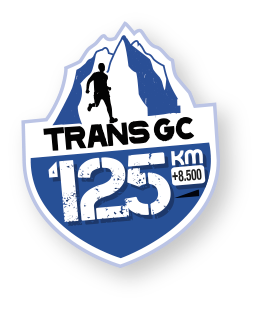 I know it will be a fantastic experience because I did TGC in 2012 - race report here. The old 123km (it seemed slightly longer though) course started in Playa del Ingles and finished in Las Palmas, traversing the island South-North with 5500m cumulative climbing. At the time I thought it was very tough. After all, it took me over 25 hours.

Of course courses like that are not that hard by today's standards. Fortunately the organizers have discovered a new killer route. The North-South course from Agaete to Maspalomas boasts 8500m elevation gain. They allow 30 hours to complete it, which might be just enough. The start will be at 11pm on Friday, just like in Lavaredo Ultra Trail. Jajajjaajjaaak!

If I loved it so much the last time, why did I skip TGC in 2013-14? Well, I guess because I was dumb! The latest research suggests people are happier when they spend their money for experiences than for material goods. We tend to think material purchases offer better value for money. Actually experiences give us much more lasting happiness than things. Vamos!

So, instead of buying new luxury gadgets like iPhone 6 (too big) and Apple Watch (just another useless fitness tracker), I decided to use the money for my TGC trip. Although Gran Canaria is far away I got a pretty good deal on the flights. Arriba el Animo!

Speaking of fitness trackers, Races like TransGC are really all you need. If you can finish, you are fit and probably reasonably healthy too. If you DNF, you suck. TGC is my trusty old fitness tracker!

In fact I don't care about racing too much these days. I simply enjoy finishing challenging courses within the cut-off times. I respect athletes like Ueli Steck, Kilian Jornet and Dean Karnazes for organizing their own adventures all over the world. This may seem provocative, but competition is for losers. Just think about the sad fate of Lance Armstrong.

Back to Canary Islands, which were by the way named after dogs and not those canary birds. Don't worry, you are not likely to get any trouble from dogs during the race. In fact the islands might have been named after seals, which the Romans called 'sea dogs'.

Another astonishing fact about Canary Islands is that they belong to Spain, although the distance to Europe is 1350km. The coast of Africa is only 150km away from Gran Canaria.

Mount Teide (3718m) on the island of Tenerife is the highest peak of Canary Islands. This vulcano is also the highest mountain in Spain!

Columbus and other explorers used the islands as a starting point for their journeys across the Atlantic. I read from somewhere that cities of San Antonio (Texas) and Sao Paulo (Brazil) were founded by people from Canary Islands.

The weather is generally very suitable for running. The average temperature on Gran Canaria in March is 15-22°C. There might be a little bit rain and wind occasionally to make things more interesting. A lot of vegetables and fruits grow on the islands and the local food is great.

A rocky spire called El Dedo des Dios (God's Finger) was a major attraction on Gran Canaria until it was destroyed by Tropical Storm Delta in 2005. There are still plenty of famous rock formations left, for example La Rana (The Frog) and 80m tall Roque Nublo - both along TGC course.

Nearly half of Gran Canaria is protected natural area. However in August 2014 Spain gave permission for companies to explore oil and gas prospects off the Canary Islands. Enjoy the nature while it lasts.

Una meta, un sueño. A goal, a dream. See you at TransGranCanaria 2015!