It's Hoka Xmas again: unboxing my new Stinson ATRs. ATR refers to All-Terrain Running (the one with a road outsole is Stinson Lite). This Stinson Trail update features the same full length  HIP-CMEVA midsole with a 'Late-Stage Meta-Rocker Geometry' and seamless SpeedFrame upper. With 26mm forefoot and 32mm heel the offset is 6mm, which hits the sweet spot for my ultra trails.

Just makes sure to exchange the pre-installed thinner insole for the thicker one. The thin one doesn't work for me at all - just looking at it gives me blisters. And as always, replace the in my experience unreliable Race Laces with the trusty normal laces (included in the box for free) - especially if you are going to do any steep mountain races.

This is my fourth pair of Stinsons since 2012. All Hokas are durable, but I just threw away my old Mafates, Bondis and Rapa Nuis. However I'll never dump my beloved Stinsons. They are like family to me. These are probably the best shoes I've ever run in. The insole encourages to Keep Running,  and that's exactly what these shoes are doing to me. As soon as I finish running, I'm already looking forward to going out for another run.

Stinsons are pure trail running gold. Weighing a hefty 359 grams per shoe (size US10.5/UK10), their cost/gram is almost as high too. But as Homer Simpson so eloquently put it: "Woooo hoooo, look at that blubber fly!"

I'm obviously a huge Hoka-head, but I have nothing to do with the company. I've purchased everything reviewed with my own euros at retail prices. I used to run in minimal shoes, but after a PF-injury I tried 'crazy' Hokas and got cured - and hooked. Crazy does, as their new slogan says!

Swiss Irontrail - Beyond the limit 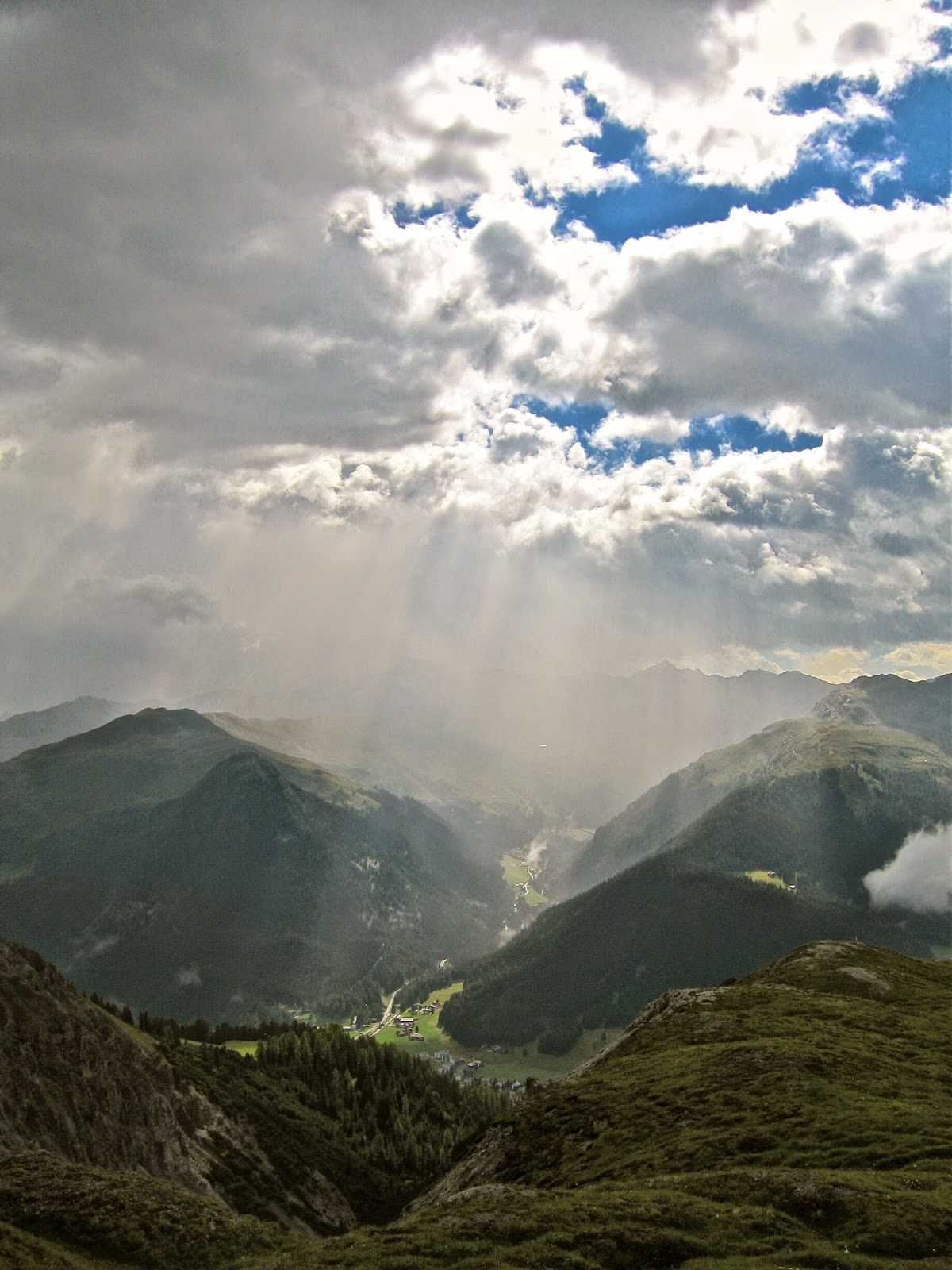 This week I lost in the UTMB 2015 lottery. That opened up a huge gap in my August race schedule. So I decided to enter Swiss Irontrail T201 on August 13-15. Their slogan isn't Beyond the limit for nothing. It's a 201 km (my longest ultra trail) Davos-Davos counterclockwise loop with +11,440m elevation gain. They give you 64 hours to run around it: from Thursday morning to Saturday night. 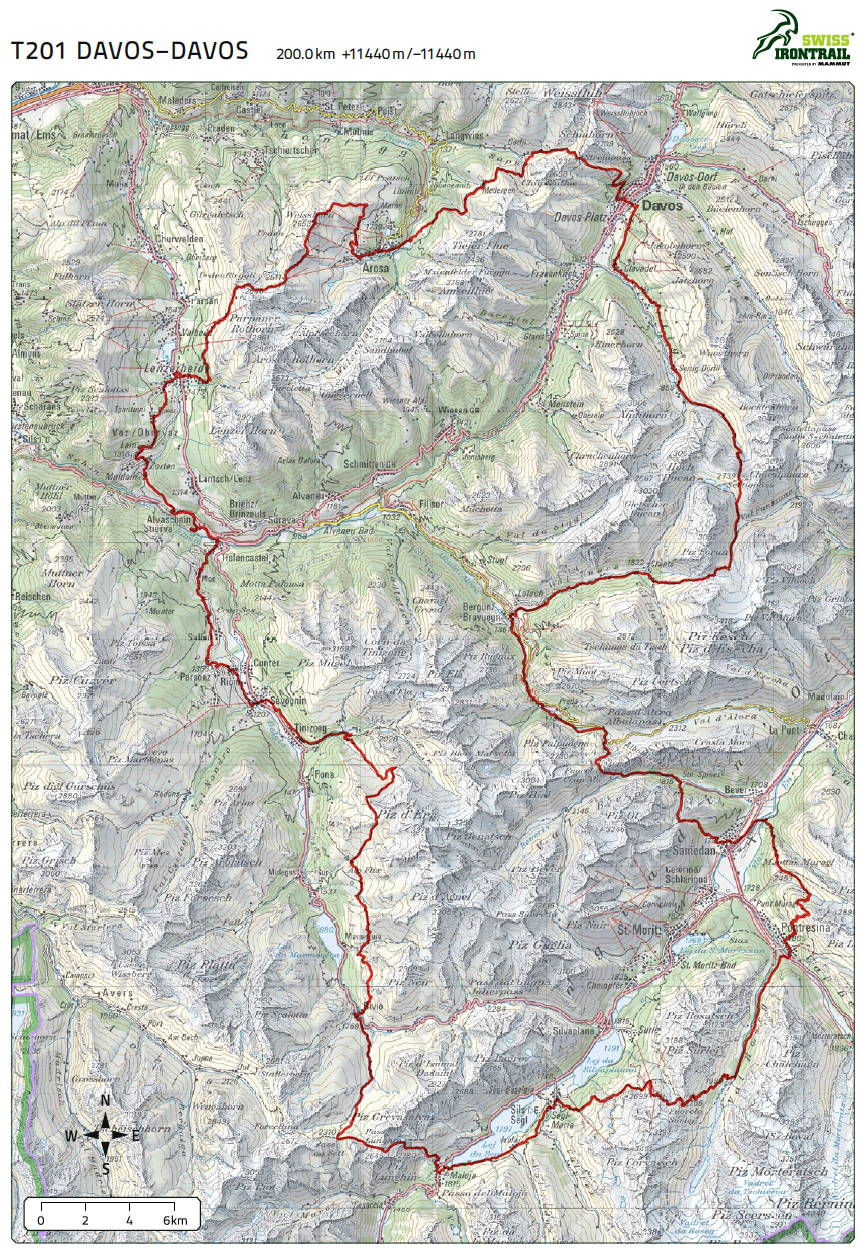 I know Davos and the whole Graubünden area quite well. I've participated five times in SwissAlpine by the same experienced organizer, Tuffli Events. I've also ran on my own extensively around Davos, St. Moritz, Lenzerheide and Arosa, so I know how gorgeous and challenging this course is. 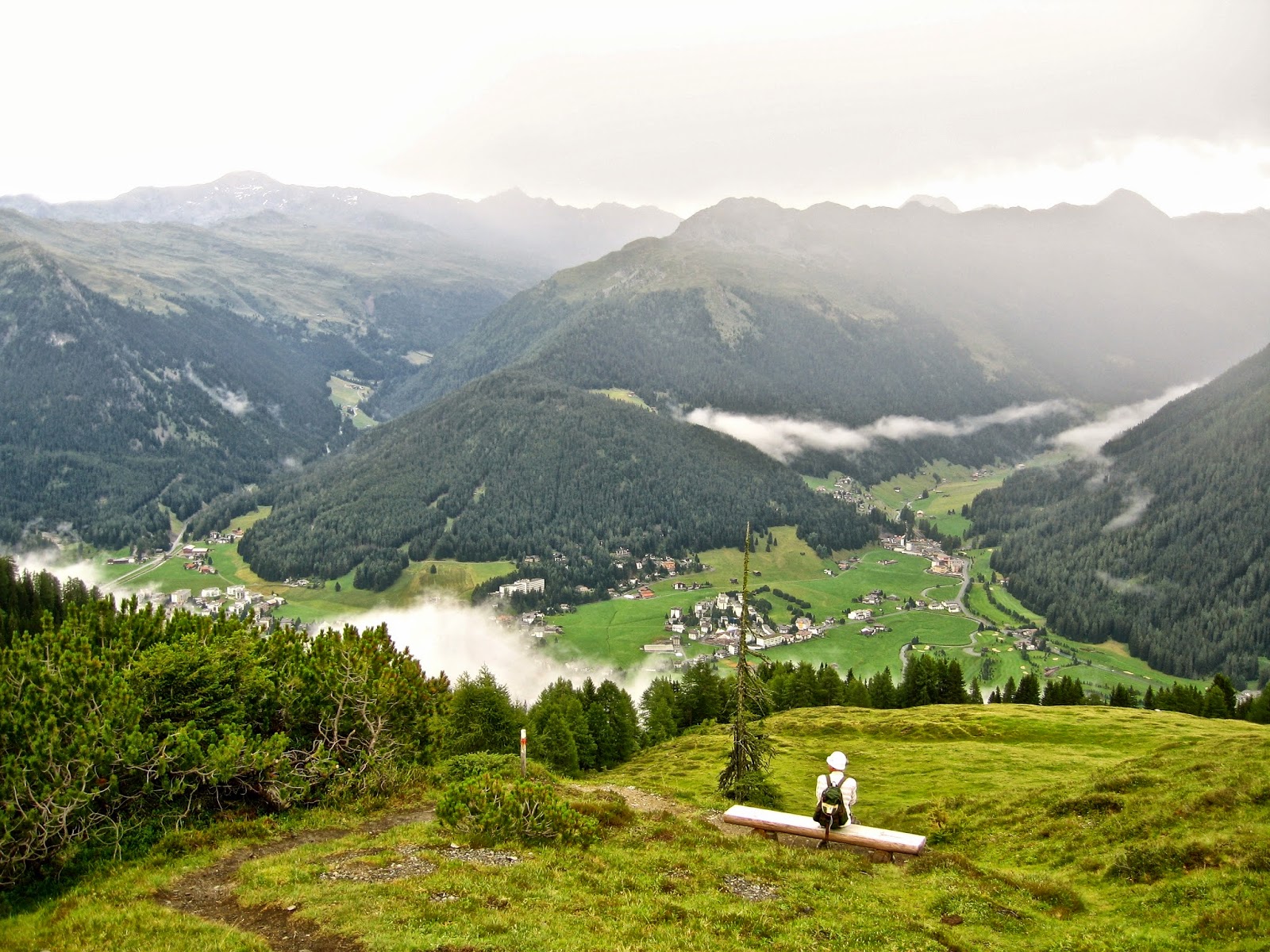 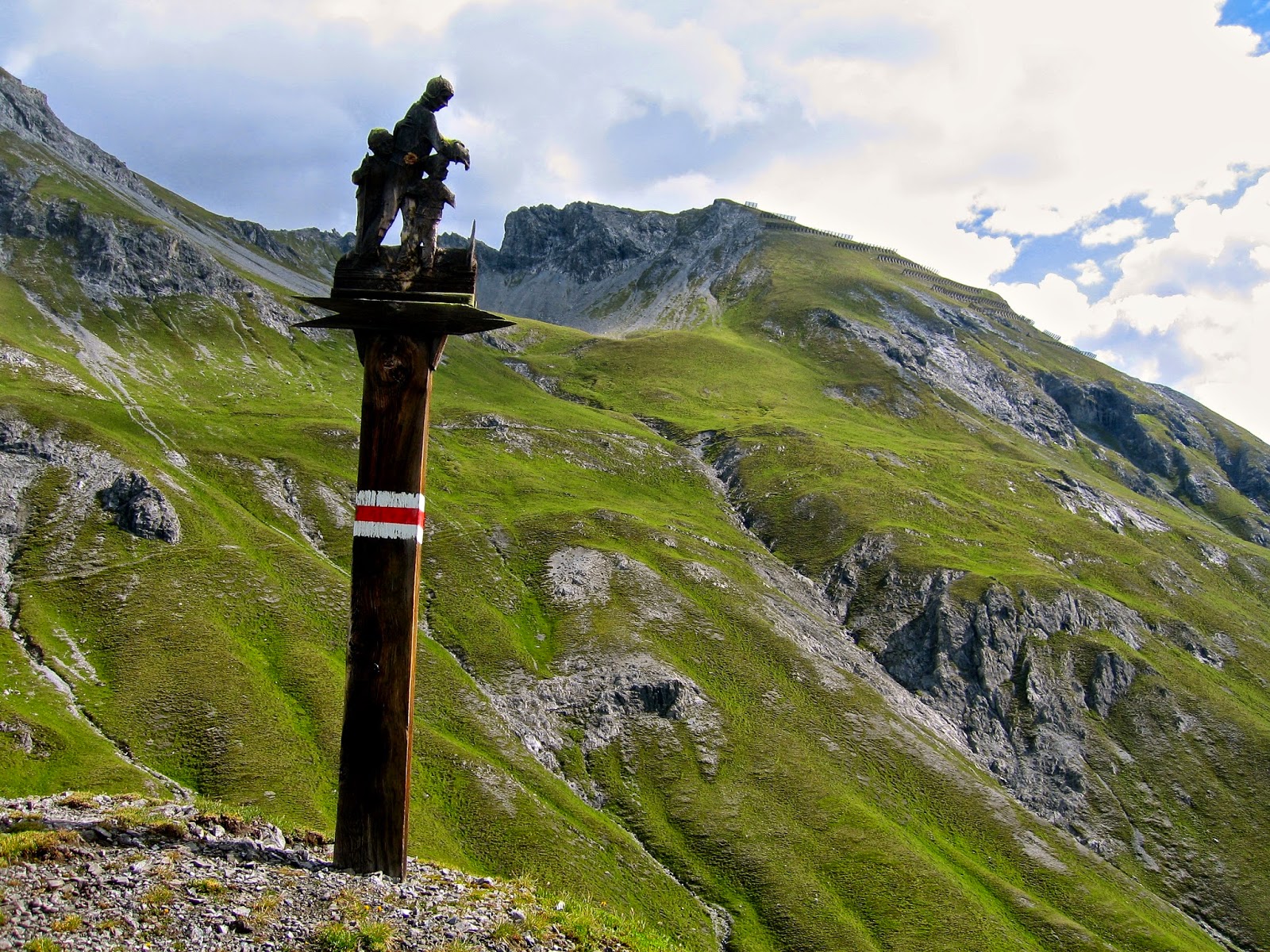 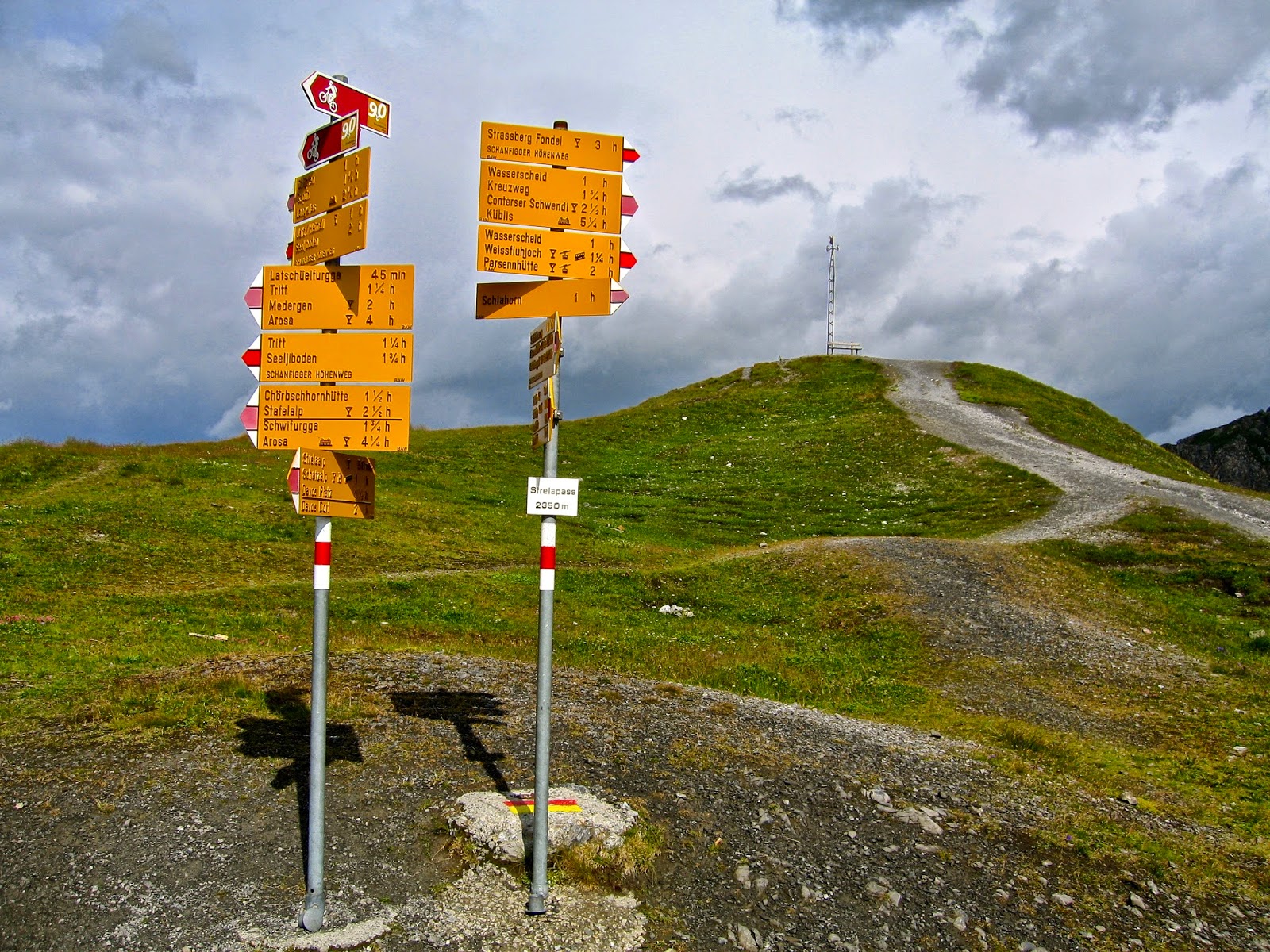 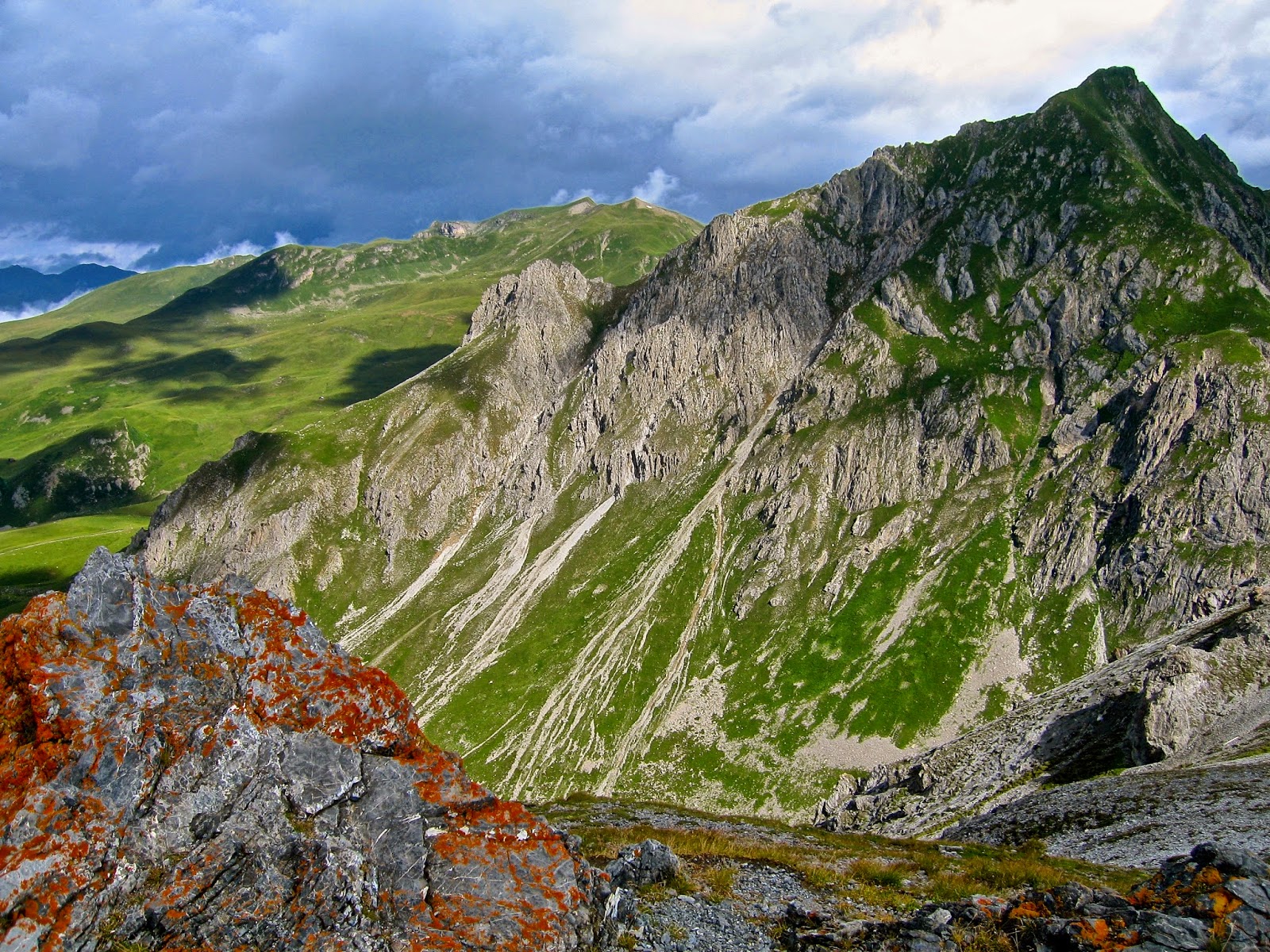 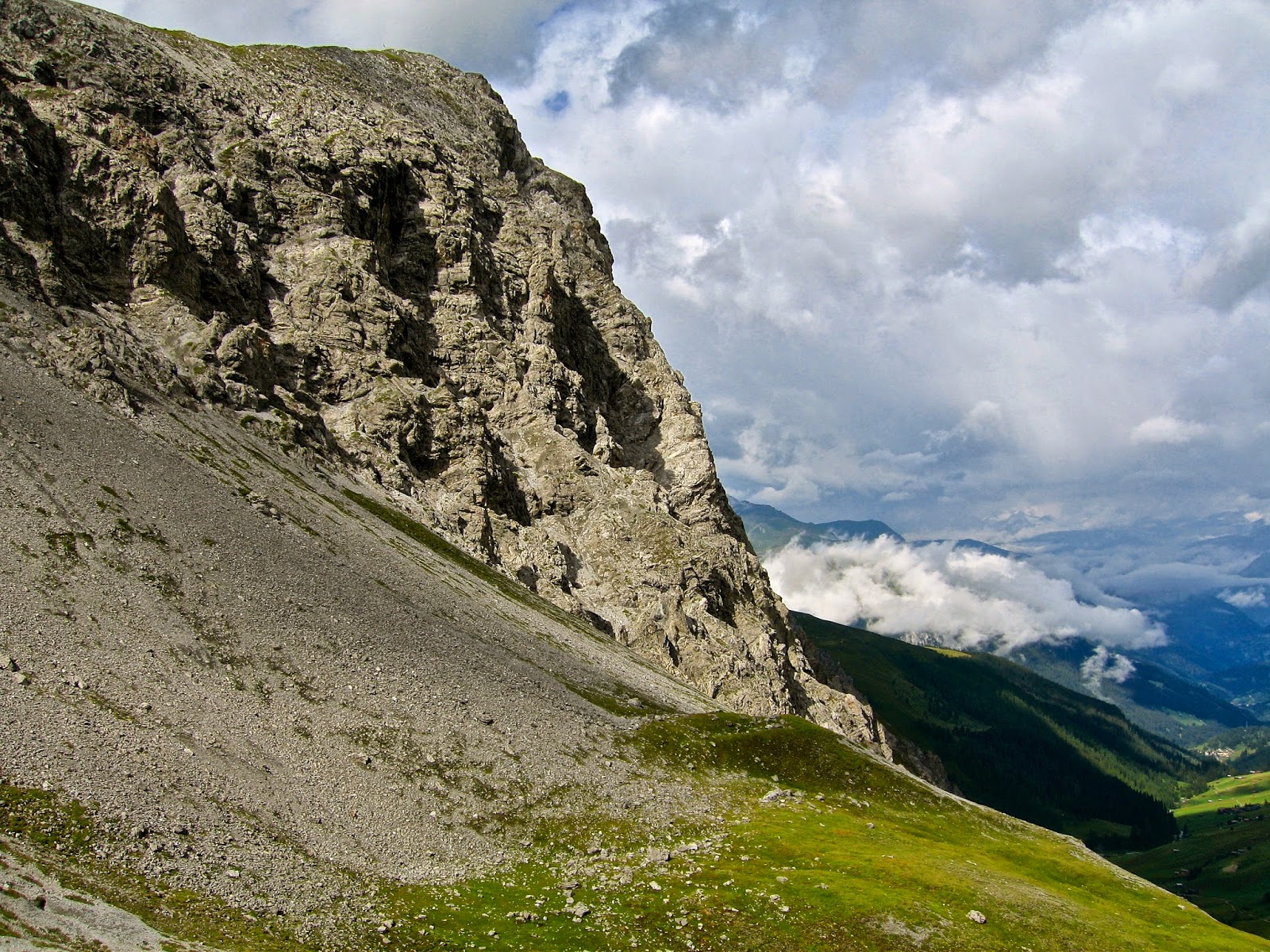 I'm not going to lie: Switzerland is my favorite Alpine country and Graubünden (aka Grisons) is my favorite canton. I simply love running there so much I can't get enough. But I probably will soon! :) 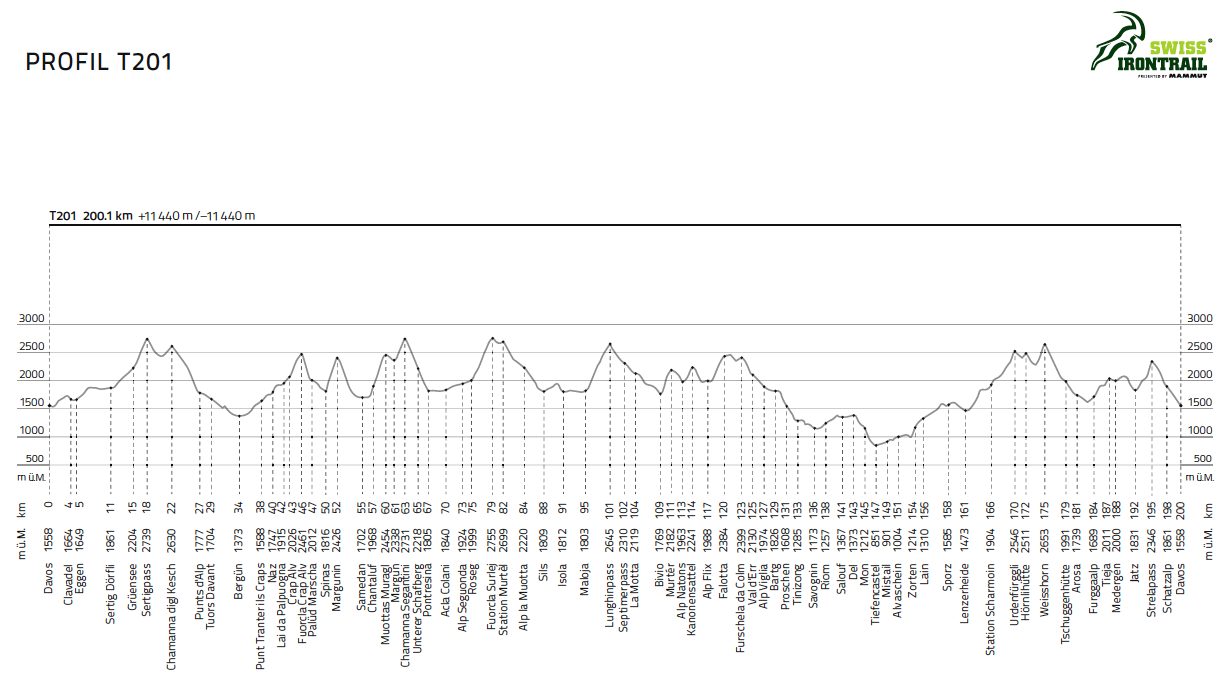 Meanwhile the Swiss National Bank let go its cap on the value of the Swiss franc against the euro. This caused the Swiss franc to soar beyond the previous limit of 1.20 to the euro. As the euro keeps on struggling down the slippery slopes, this might well become my most expensive ultra trail ever. But hey we live only once, so let's take it beyond the limit in 2015! ;) 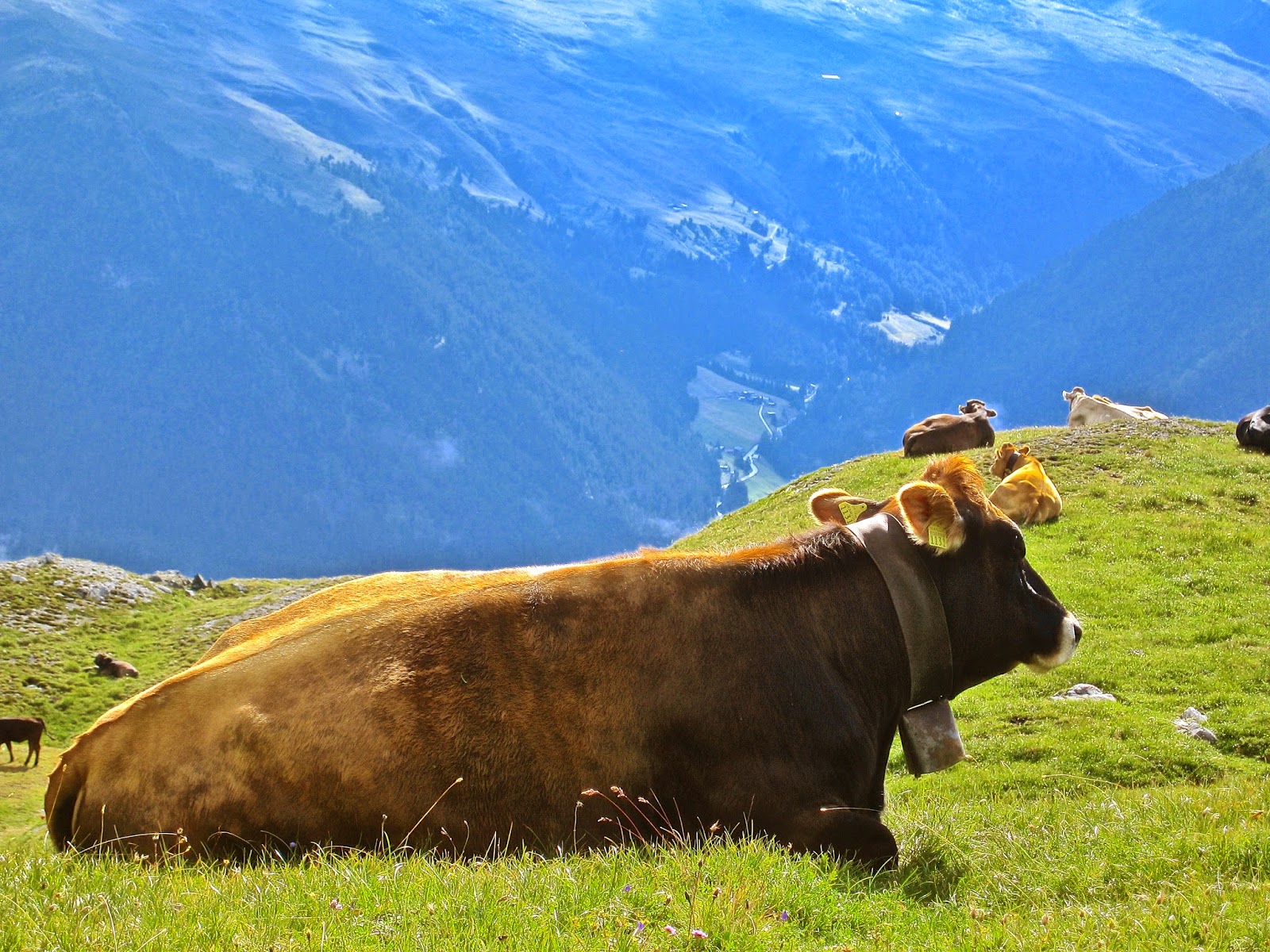 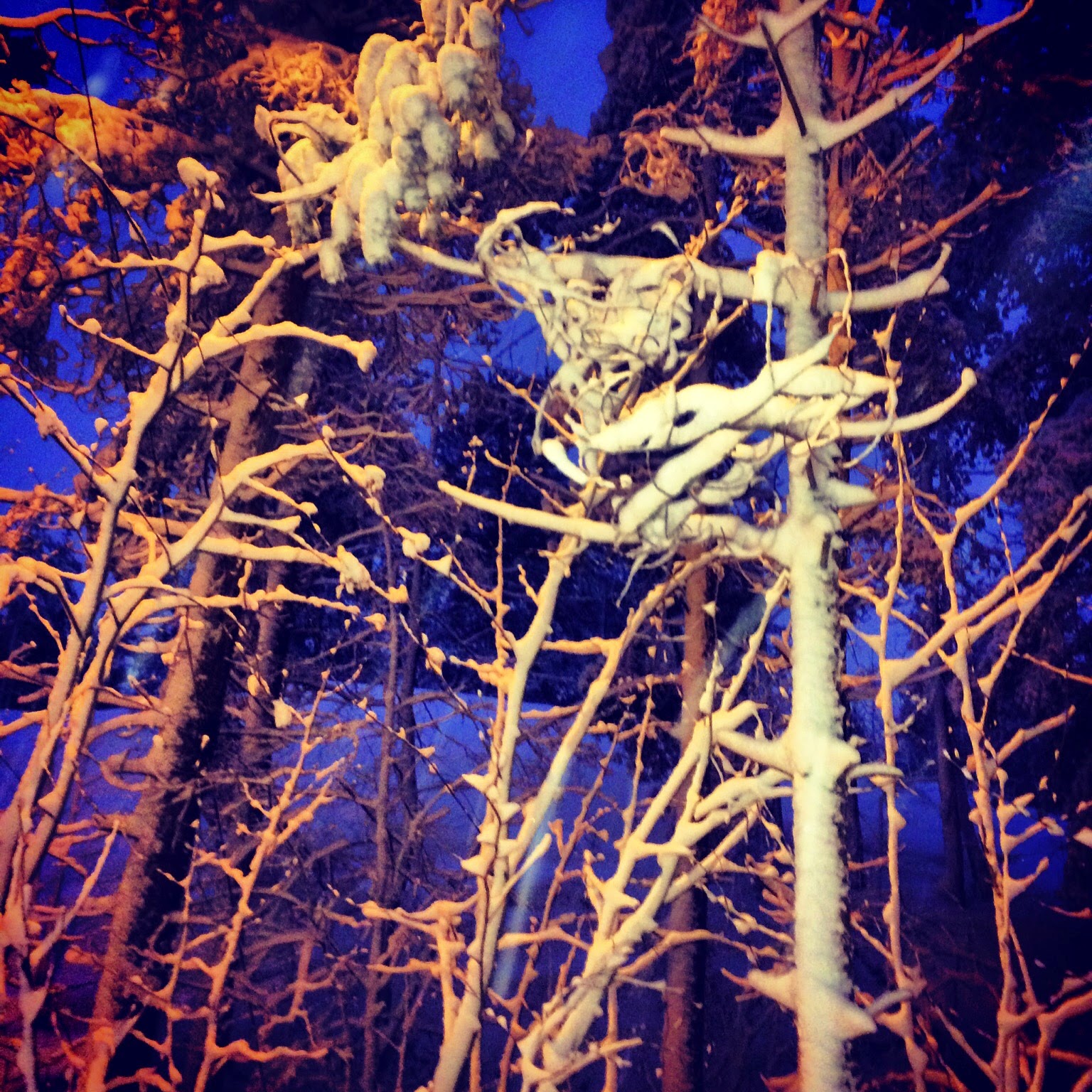 We had a little snowstorm over the weekend in Helsinki. Finally the real Finnish winter arrived with extreme cold temperature and wind. Today on Monday it was nice and sunny again with rapidly rising temperatures. Here are 11 images from these recent wintertrails. Happy training in hard conditions! 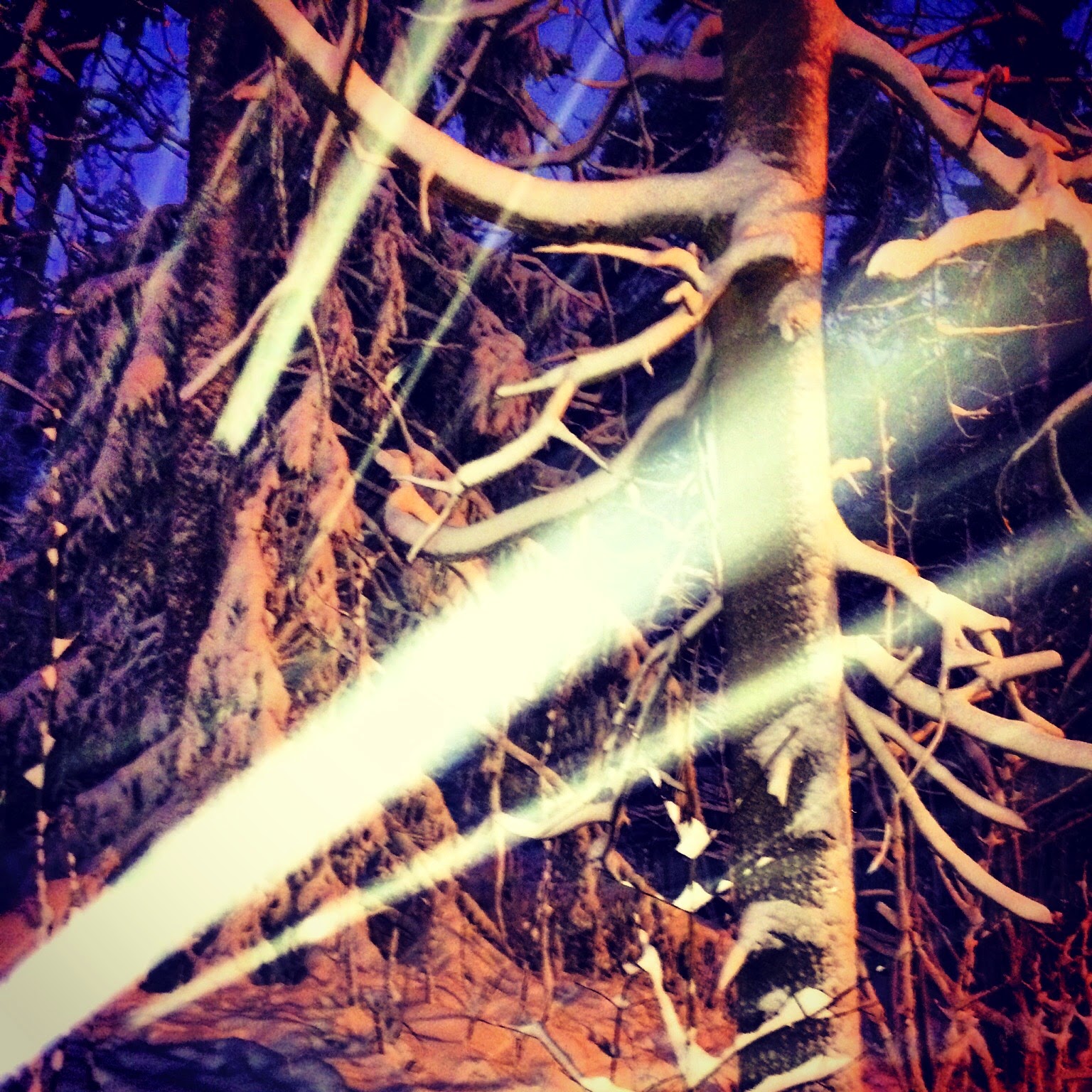 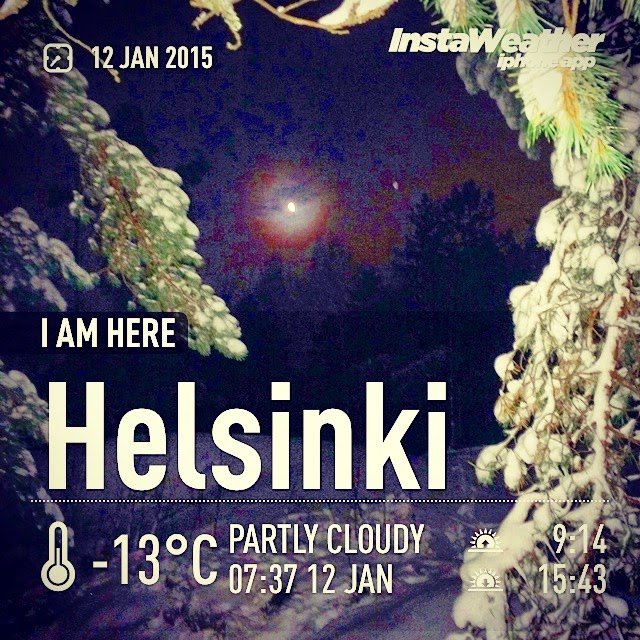 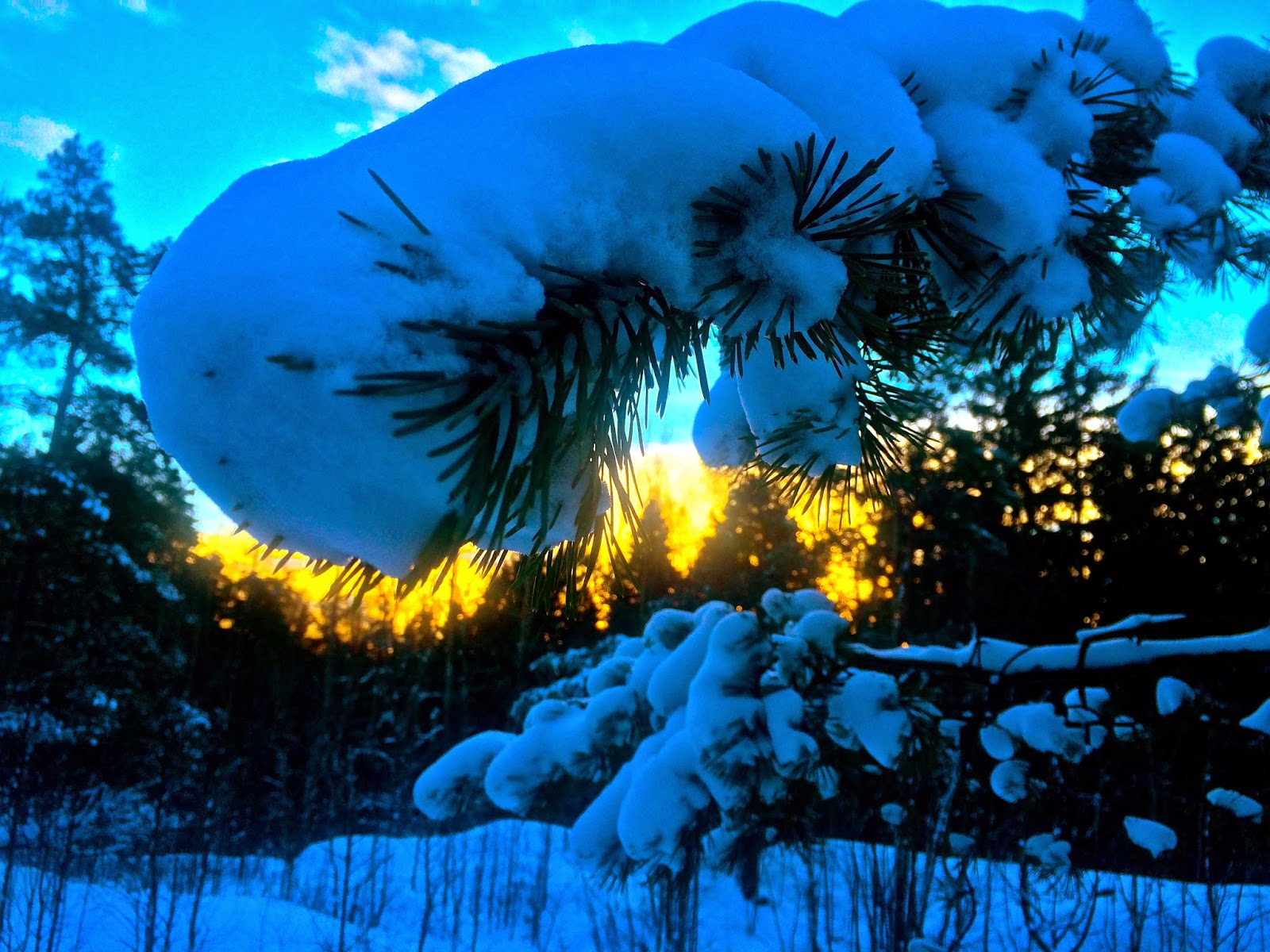 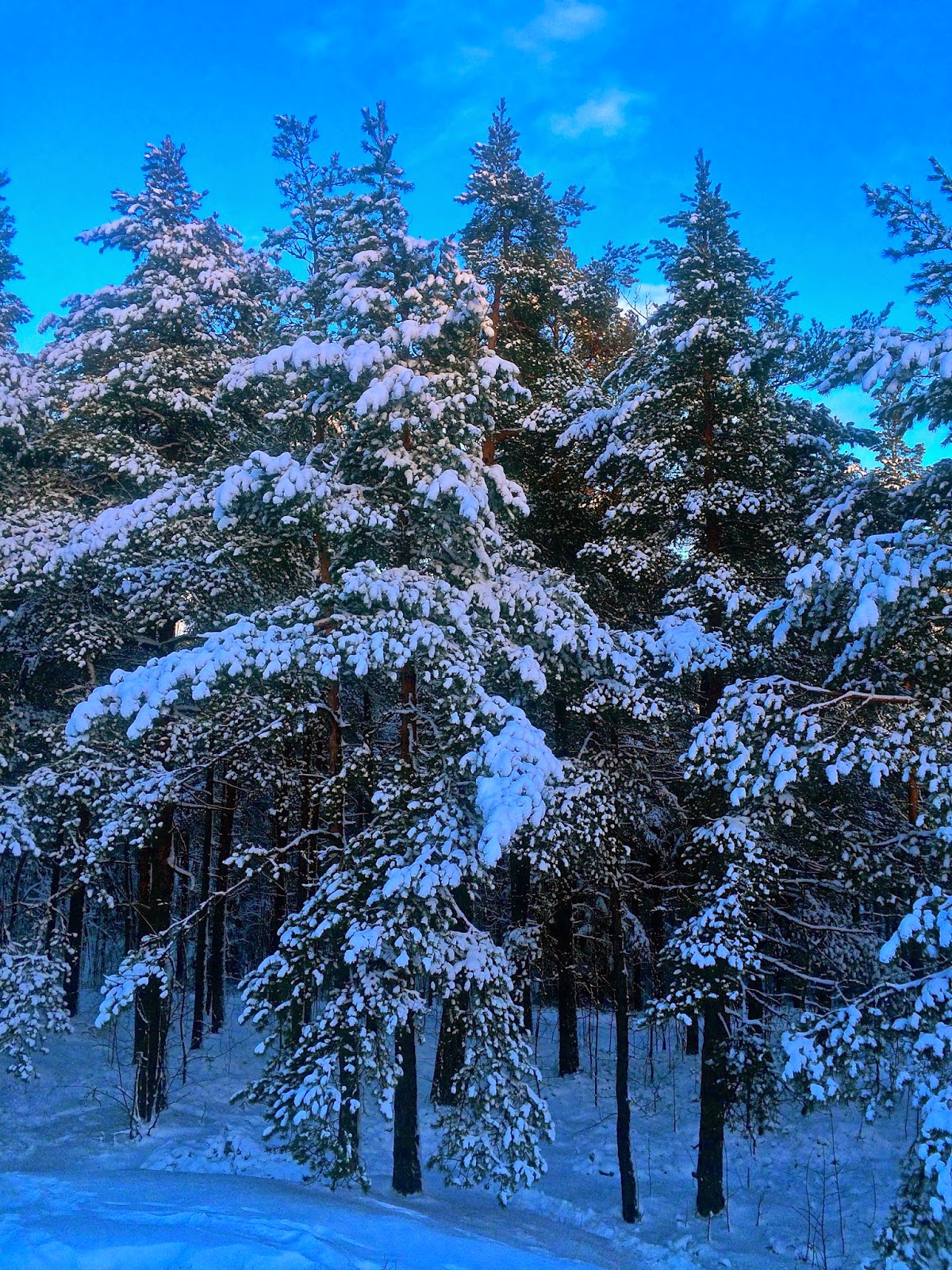 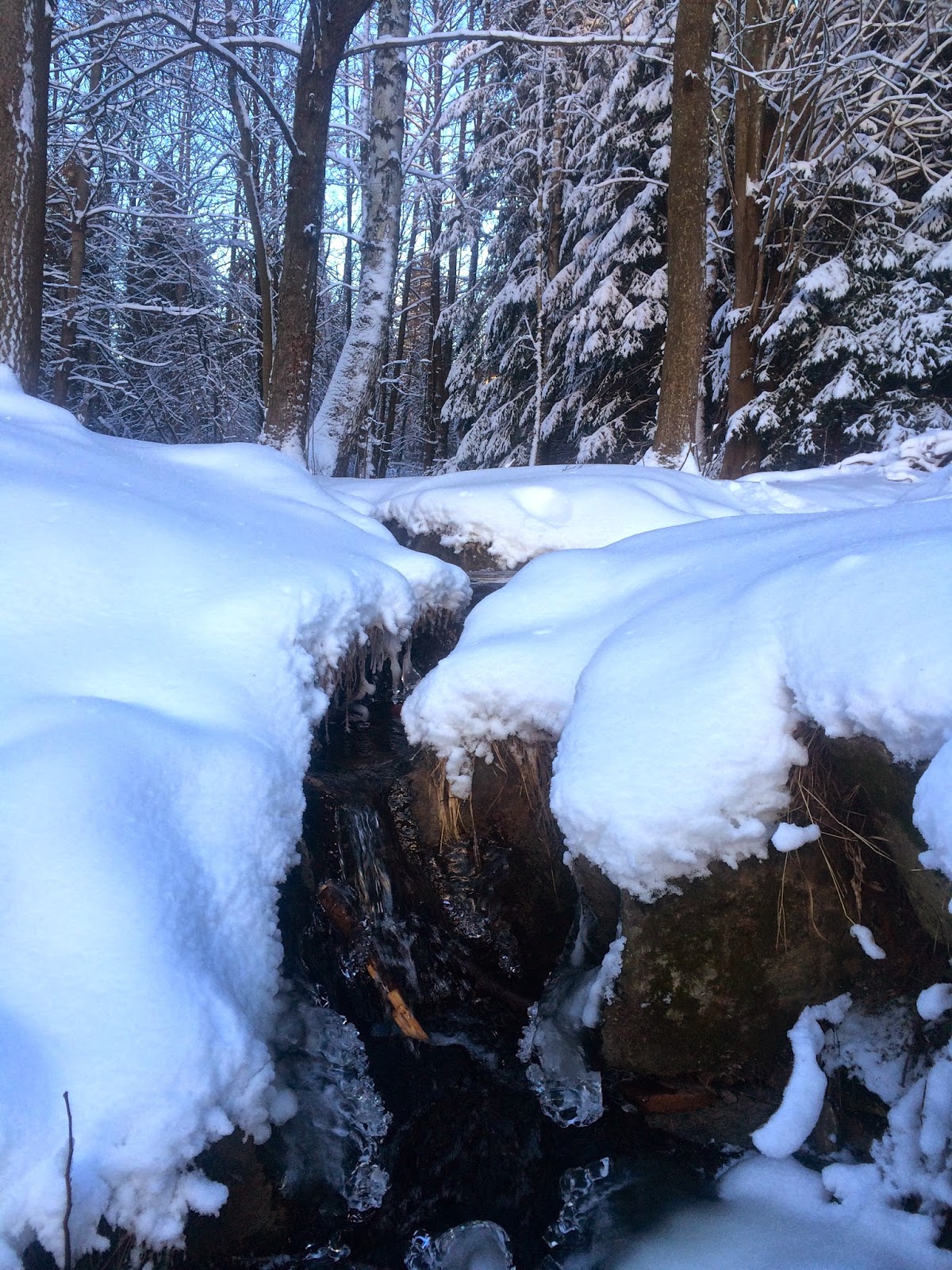 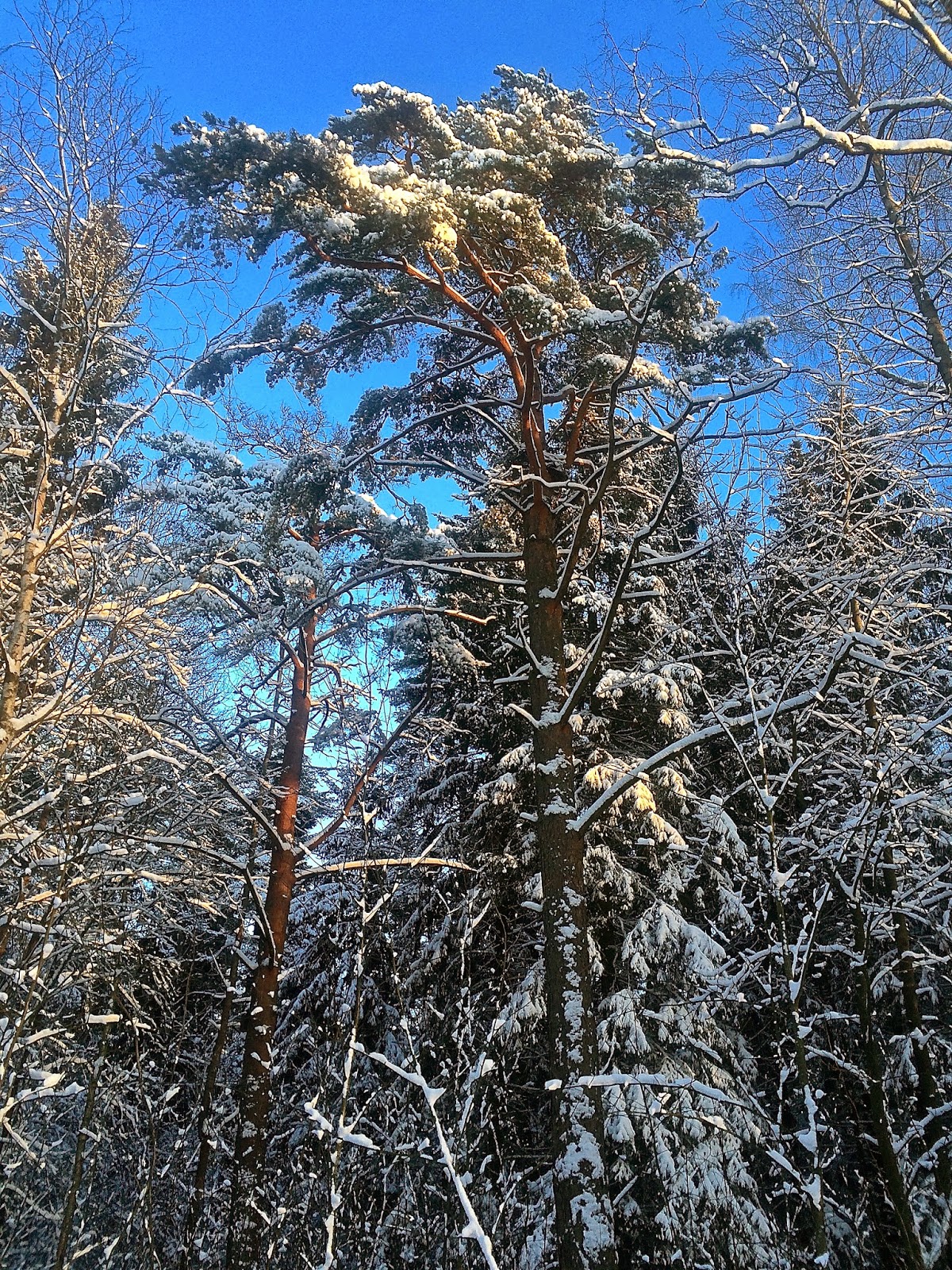 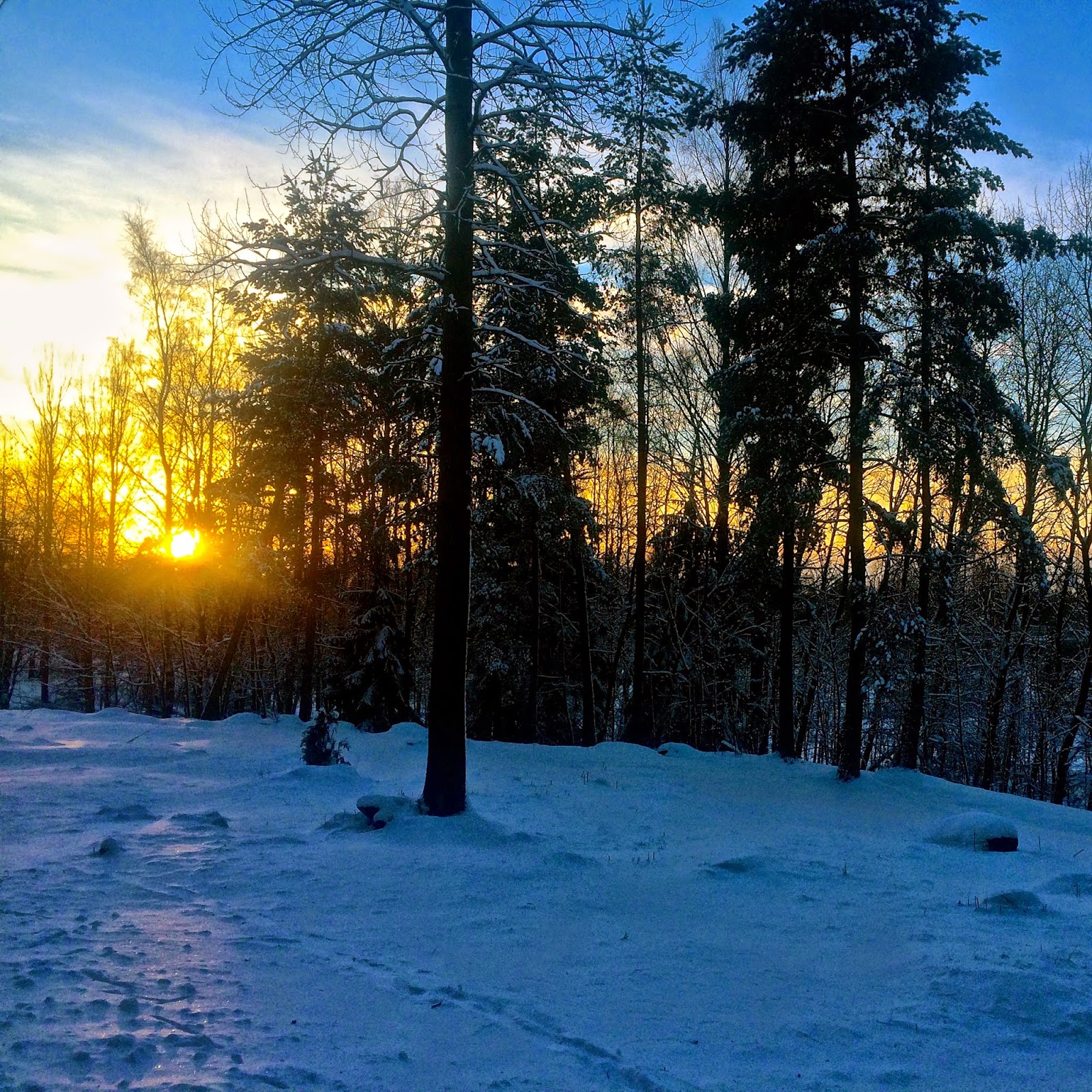 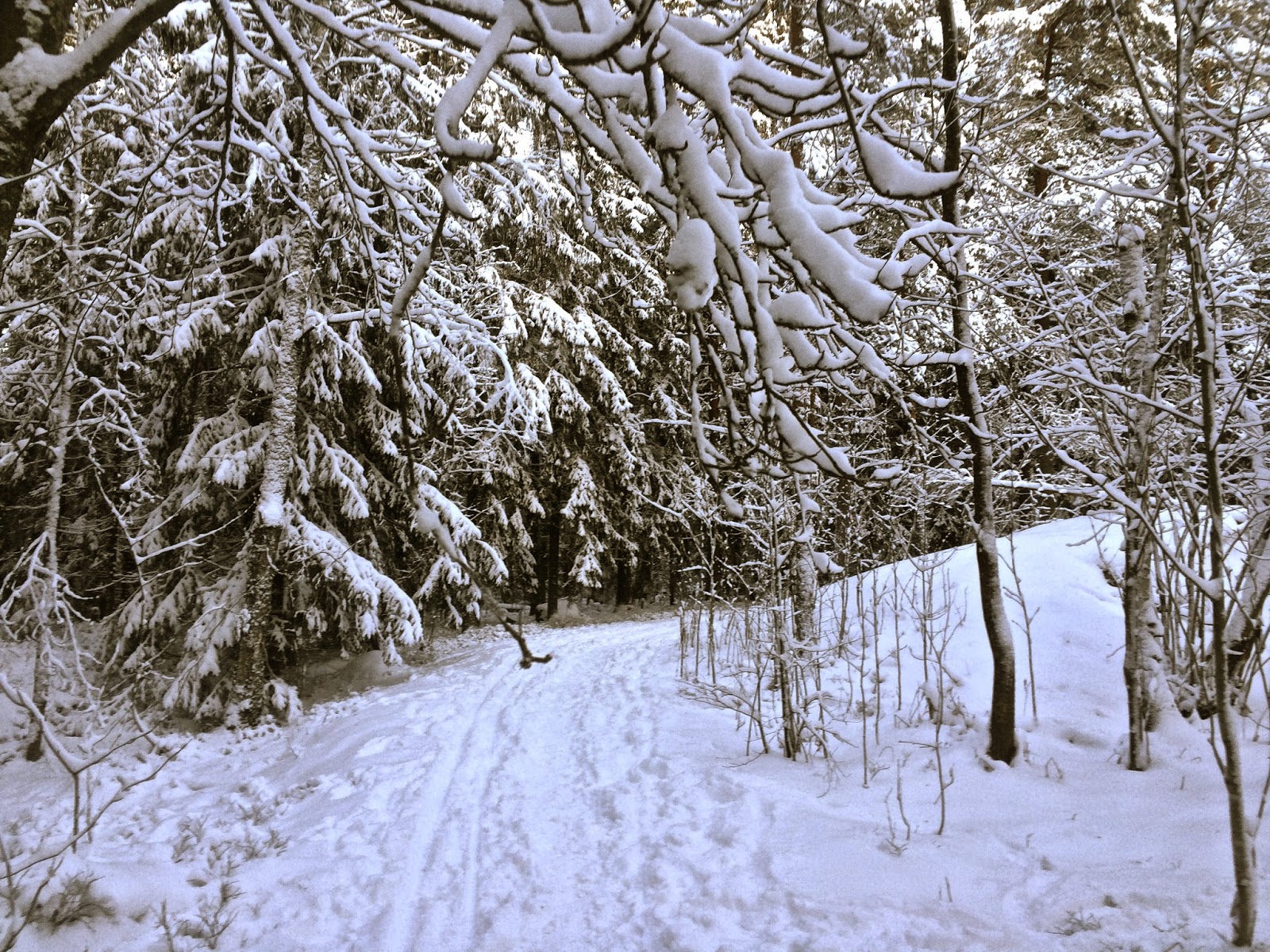 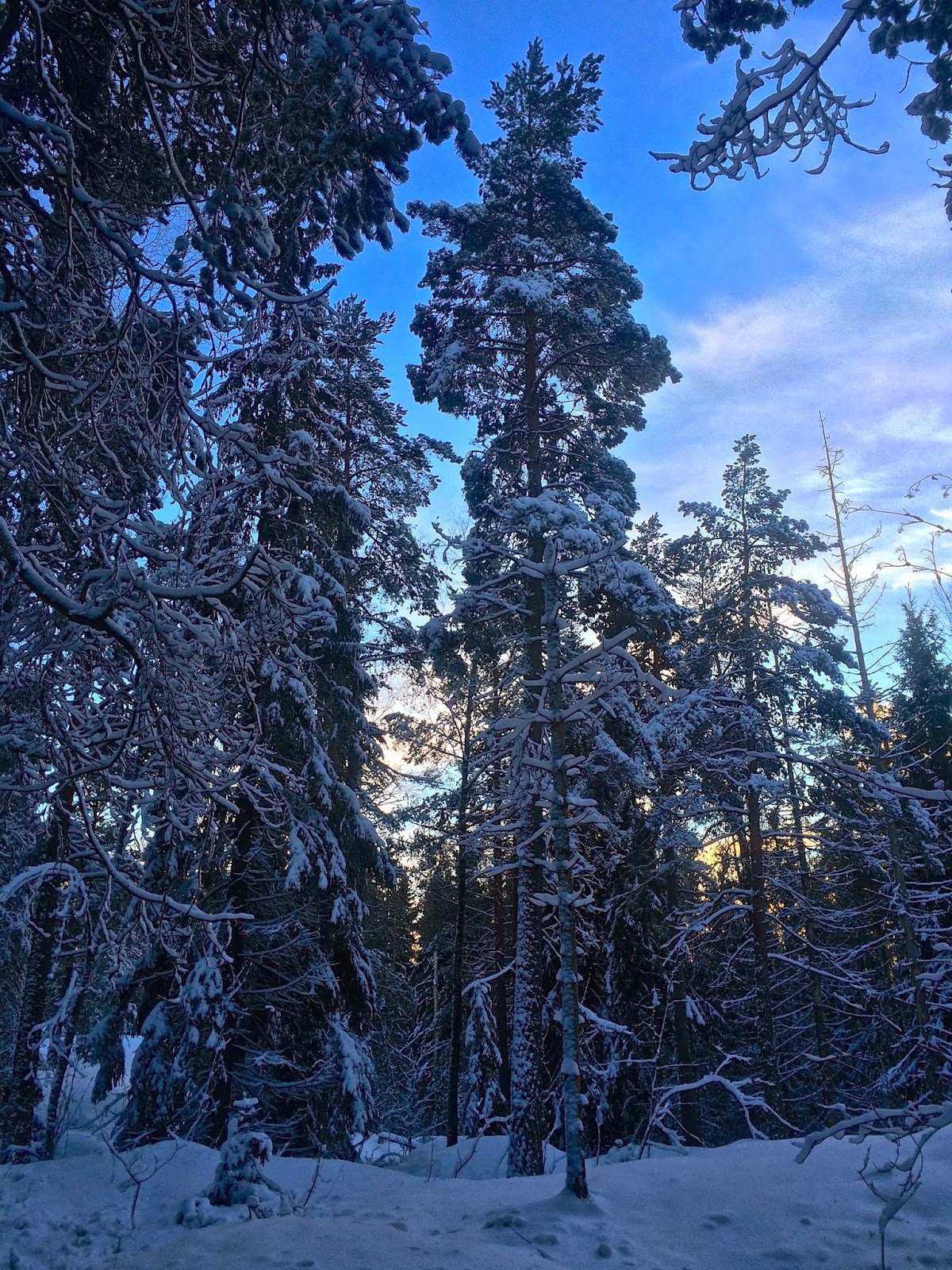 As a bonus: a weird-ish but short 'Winterstream' video to go.


Winterstream from J8N Productions on Vimeo.
No comments:
Email ThisBlogThis!Share to TwitterShare to FacebookShare to Pinterest

I set a new 4h32min PR for my Half-Golden Ratio Triathlon today, consisting of 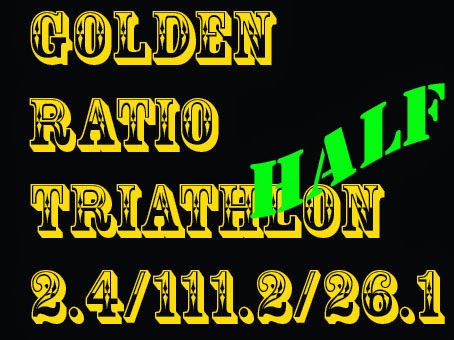 This is 1h15min faster than my previous PR 5h47min set in December - less than a month ago. That in turn was a 1h04min improvement to the PR before that. 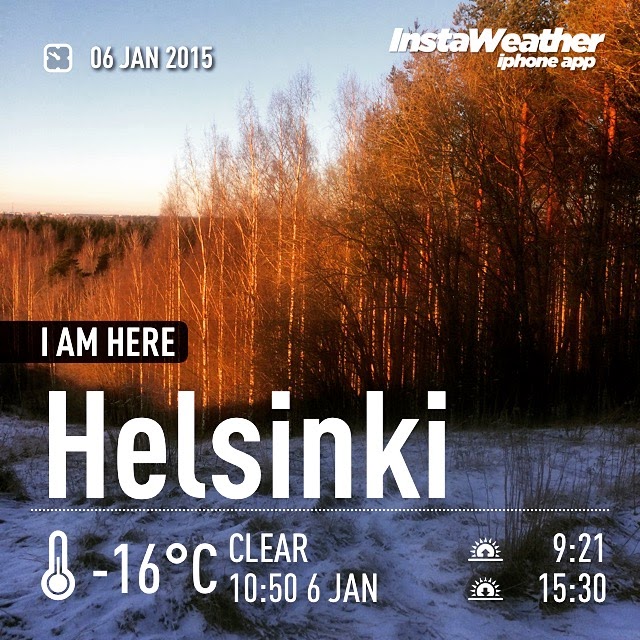 The weather was sunny and clear, but freezing cold, especially in windy places. I was running at an easy relaxed pace and even stopped for a 10min chat with an acquaintance I happened to see. The only problem was with my iPhone (protected with Lifeproof Nüüd cover), which complained about the temperature most of the time. 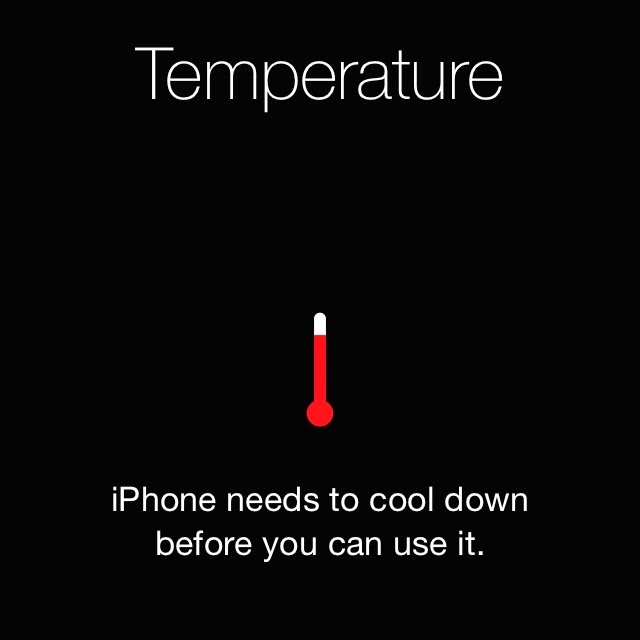 This was my sixth Half-GTR. I have done five full ones as well. I'm happy with the way my fitness is improving with these test events. 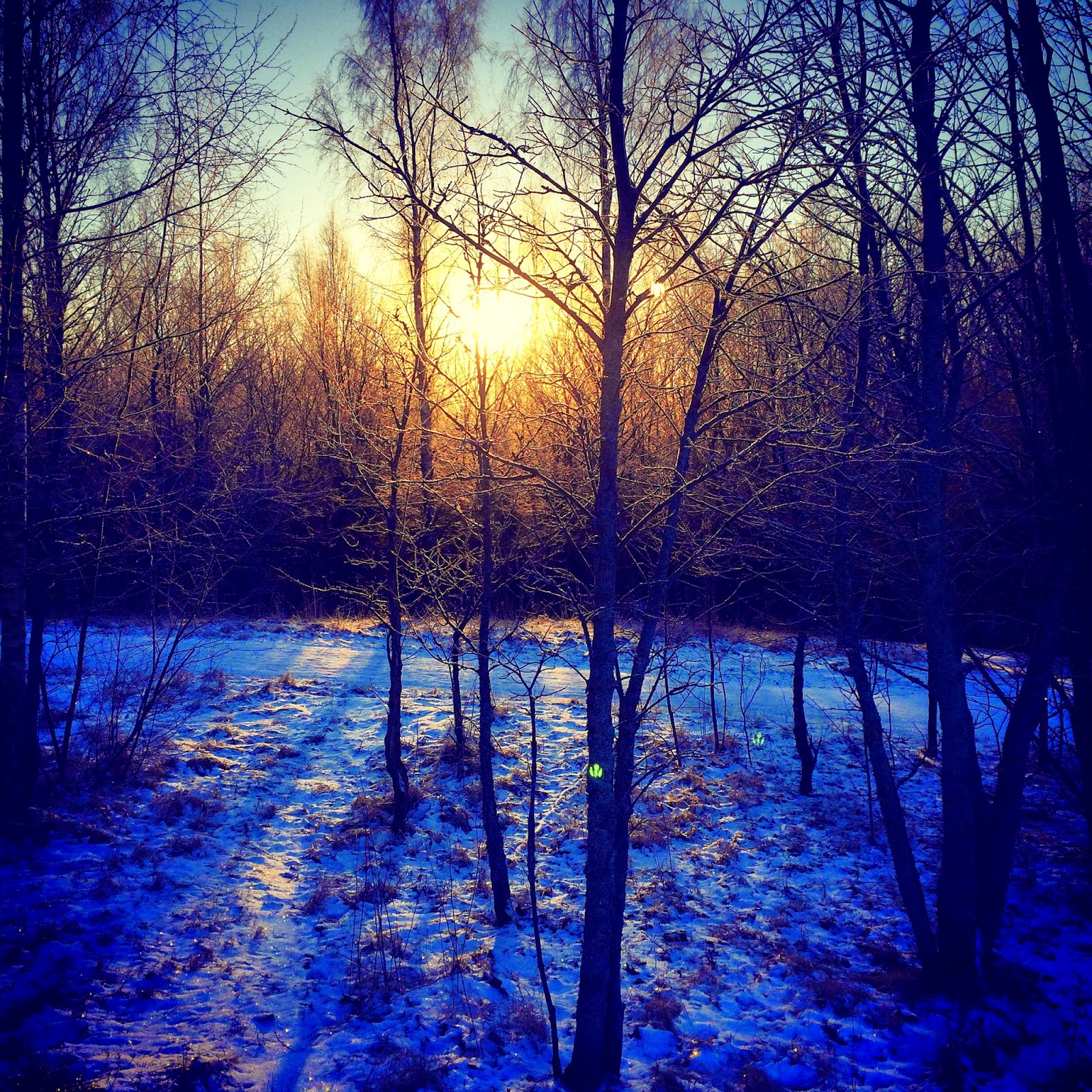 2014 has been a fabulous year with Lavaredo Ultra Trail, Eiger Ultra Trail and Ultra-Trail du Mont- Blanc finishes. I also became the first and only finisher of our local Jättäri100 event.

What's more I was able to stay healthy. Except that I picked up some sort of giardia after drinking from what I thought was a clear Alpine stream during the first night of UTMB. In hindsight it was just some dirty water from the heavy rain earlier that night. Anyway this Nasty Thing suddenly hit me hard a fortnight after the race and tried it best to take me down for a couple of weeks in late September. I fought back and finally beat it. I took all the necessary lab tests and came out 100% clean and cured.

Due to my Ironman-triathlon past, swimming and cycling were extensively used as an alternative ways to train and improve fitness. As a new sport for me, climbing was learned and practiced throughout the year - mostly indoors as we happen to have a world-class climbing arena in Helsinki.

In Finland we have to deal with tons of ice when training through the winter. That gave me the idea to think ICE when setting goals for 2015:


Now there's no need to take any unnecessary risks, but I think it's a good idea to stay creative, explore new things, and push your boundaries. Happy 2015 everyone, let's ICE it!

Happy New Year everyone! Our short 2-minute film about our Christmas adventures in Thailand was released today. It was shot with GoPro Hero4 action camera at HD1080p quality.

The traditional paper lanterns released in the air over the Andaman Sea in the middle of the video were filmed on 26 December 2014, the 10th Anniversary Memorial Day of the 2004 tsunami tragedy where thousands of lives were lost and shattered around our filming locations in Phuket, Phang Nga and Phi Phi islands. This film honors the courage, perseverance and love of the people who have helped in the recovery process.

This area is a fantastic place to visit especially for seasports and we highly recommend it. 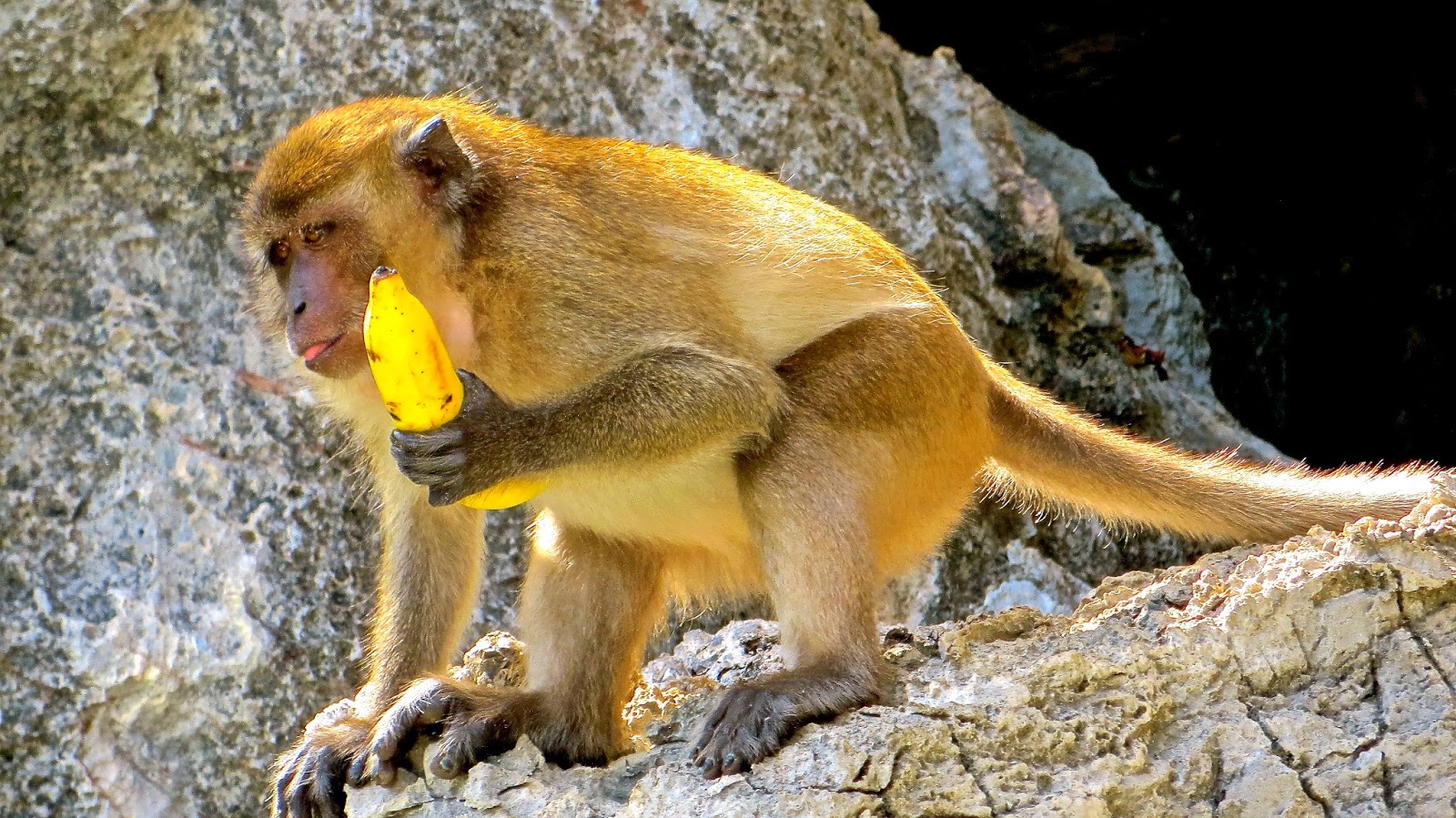 As my 2015 New Year's resolution, I promise to stop feeding the monkeys! :)

As a bonus, here's our timelapse filmed during the holiday week with two Canons.