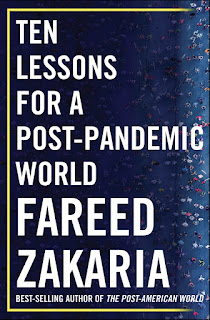 As the year 2020 is almost over, I've been able to read a few books on my list during the holidays.

Ten Lessons for a Post-Pandemic World by CNN host Fareed Zakaria helped me understand the situation we are facing.

Zakaria quotes Lenin: "There are decades when nothing happens and weeks when decades happen".

I learned the following ten things from this thought-provoking book for these intriguing times.

1. Coronavirus is 1/10,000th the size of the period that ends this sentence. Think small is the new think big.

2. Even if Covid-19 pandemic will be eradicated, we now live in a new post-pandemic era and must adapt and find a way forward.

3. Plagues aren't novel. Black Death wiped out about half of Europe. WHO still reports a few hundred cases of bubonic plague every year. It was never fully eradicated, but life went on.

4. The Spanish Flu was called Spanish only because Spain didn't censor the news about the deadly virus, leading people to assume it began there. Spain was the first country to tell the truth. Others were busy fighting each other in WWI. The flu killed 50 million people, much more than the war.

5. The three most important guidelines from health authorities are still the same as they were a hundred years ago: social distancing, masks and handwashing.

6. In 2017 Bill Gates predicted a pandemic and President Trump proposed budget cuts in the key agencies that dealt with public health and diseases. We all know now what happened after that.

7. Computer networks must choose 2 of 3 qualities: openness, speed and security. Similarly economists posit countries can have 2 of the following 3: free-flowing capital, independent central banks and fixed exchange rate. If everything is fast (dynamic) and free (unregulated), the system can spin out of control (like in 2008).

8. Nature is declining globally at rates unprecedented in human history. This pandemic could be seen as nature's last warning or perhaps even revenge. We have to change now.

9. We have practically invited animal viruses to infect humans. Animal products provide only 18% of our calories, yet take up 80% of earth's farmland. Most livestock (99% in USA) comes from factory farms. That means any virus can easily spread. Factory farms are the best way to select for the most dangerous pathogens possible. Obviously this can't go on.

10. In the 14th century the plague hit Florence hard, killing half of the population. In the Decameron, Giovanni Boccaccio suggested: flee the city, isolate with a few good friends, and gather in the evenings to tell stories (their Netflix). Eventually cities came back. After the worst plague ever, they launched the Renaissance. 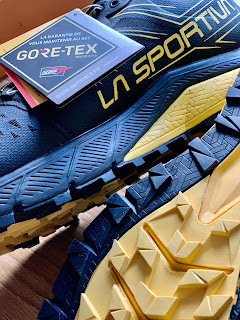 La Sportiva Jackal GTX is probably the best ultra trail running shoe I've tested. Disclaimer: I'm a member of La Sportiva Team Finland. However, these are my own honest impressions. 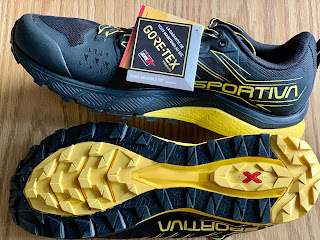 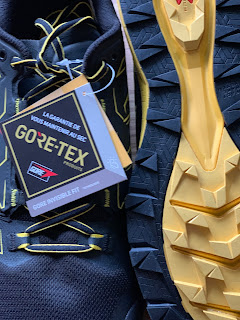 The FriXion Red outsole compound is durable and similar to La Sportiva Akasha. The new braking system with 3 mm aggressive lugs works surprisingly well. Initially I expected the shoe to slide, but it didn't and I almost fell forward. It took some time to get used to, but I got it eventually. You have to learn to trust the incredible performance of this shoe. 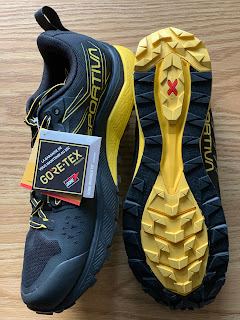 The firm cushioning is not too soft, because this shoe is designed for rugged trails and long distances. A soft sneaker might feel better on city streets, but that wouldn't work on tougher trails. 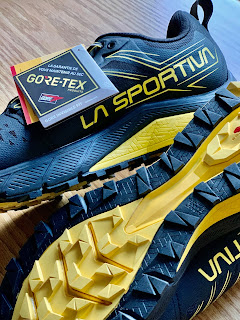 The weight is about the same as my Akasha, about 360g in size 45. It's typical for shoes designed for ultra-marathons to not be the most lightweight. The Gore-Tex Infinite fit technology will add some weight, but it helps keep Jackal GTX dry and lighter than soaked wet shoes. I also prefer to keep my feet as dry as possible to avoid blisters and chafing issues. 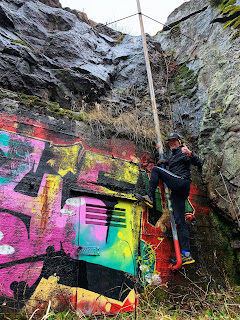 The sizing runs a bit small and short for me, so I tried sizing up. My usual size has often been EUR 44.5, but for Jackal GTX size EUR 45 seems better. Also my previous favorite Akasha seemed to work much better in size 45, so maybe that's my size from now on.
In summary, La Sportiva Jackal GTX is recommended for ultra trail runners with wide forefoot for all race distances from 50K to 200-milers. Rating: Excellent 95/100.
No comments:
Email ThisBlogThis!Share to TwitterShare to FacebookShare to Pinterest 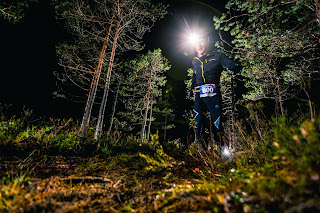 Bodom Night 10K is such a fun trail to run. Lots of mud, ponds, rocks, roots. It's almost like an obstacle course race. And it's dark, of course.

The course is well marked. The organization is brilliant. Nuuksio National Park is awesome.

Normally the event would be in May, not October. 2021 Bodom Night is planned for May again.